His dedication and innovation put him in the spotlight 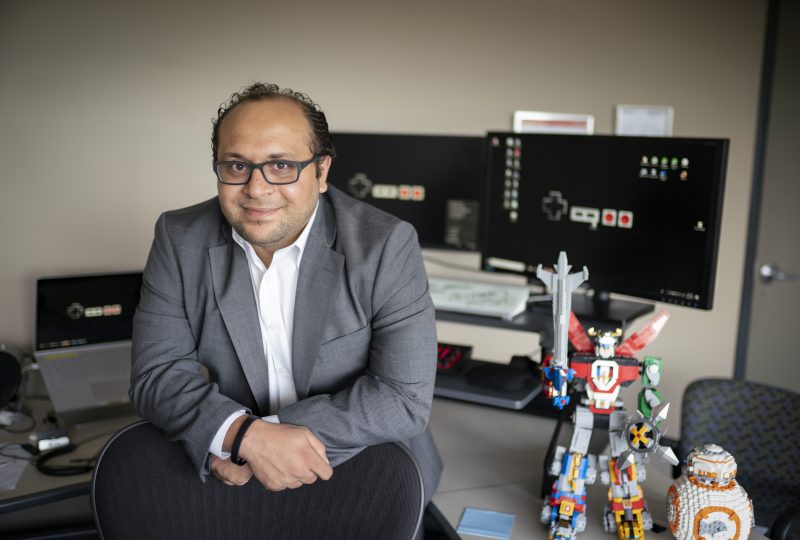 As an information technology (IT) senior relationship manager, Fady Eilia rarely has direct contact with patients, but his mission is to enhance the care they receive with every project that comes across his desk.

Eilia serves as a liaison between Vanderbilt University Medical Center’s IT teams and business leaders across the enterprise, helping demonstrate the value of IT’s services and how they can best be incorporated to propel departments toward their goals.

“The unique thing about our job is that we speak both the business language and the IT language. We work with business leaders to try to understand the outcome they want to achieve, whether it’s seeing more patients or trying to enhance the patient experience. We then take their key metrics and explore how IT can help enhance them,” said Eilia.

“Whatever it is I’m working on, I want to make sure that, at the end of the day, it enhances patient care in some shape or form.”

Eilia’s commitment to serving patients and internal stakeholders was recognized with a Credo Award at VUMC’s quarterly Leadership Assembly on June 13.

Born and raised in Egypt, Eilia’s family moved to the United States when he was 9 in search of better education. Before joining Vanderbilt four years ago, he spent 12 years running his own business, operating kiosks in 16 malls across the country that specialized in personalized gifts.

When his daughter was born, he decided it was time to trade his 90-hour work weeks for a more predictable work schedule so he could spend more time with her.

“My daughter is the center of my world,” Eilia said, with Lego replicas of Pixar’s Wall-E and Star Wars figures they built together looking over his shoulder on the file cabinet behind his desk.

Since starting at VUMC, Eilia has been promoted five times. What began as a contracted technician position to help replace the Medical Center’s clinical workstations quickly became a permanent role with increasing responsibility.

“It’s ironic, because I started as a technician replacing the clinical workstations, and now I’m helping plan the project to replace them again this year,” said Eilia.

The project where Eilia finds the most pride, however, is last year’s launch of a laptop loaner program for VUMC employees whose computers fail and need servicing by IT. The program provides employees with a laptop to use until their computer is back up and running, avoiding lost productivity.

According to Eilia, the value the program created last year has already paid back the return on investment.

“This program was created simply because Fady saw a need at VUMC,” his Credo Award nomination letter reads. “He took ownership, worked directly with the vendor, created a webpage to track the loaners and saw the entire effort through to completion. He really went above and beyond to serve our customers.”

Eilia says the best parts of his job are getting to wear many hats, working with multiple teams to enhance their daily workflows and making actionable change by fixing pain points.

“I really enjoy the atmosphere at Vanderbilt, especially within VUMC IT,” said Eilia. “I appreciate how much interest they have in me progressing and adding knowledge. There are many opportunities for me to grow.”