Cheri Frazier’s treatment for a brain tumor, and return to work afterward, illuminates her passion to treat others like family

“My philosophy is, I am a patient myself. What if someone is in pain when they call? What if they’re scared? The team does anything we can to help them." 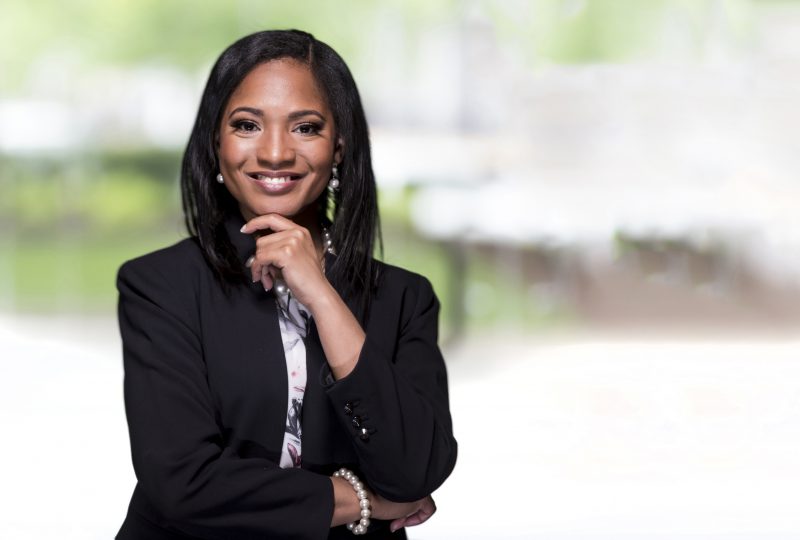 Cheri Frazier takes personal responsibility for treating patients who are scheduling appointments the way she wants to be treated. Photo by Joe Howell

Cheri Frazier is no stranger to the consumer side of health care at Vanderbilt University Medical Center. She’s been a patient here for several years, and is also one of the friendly voices on the other end of the line when patients call to schedule appointments.

Frazier, a supervisor for Vanderbilt Medical Group Patient Access Operations, was honored with a Credo Award at the May 2018 Leadership Assembly, for leaving a “footprint in the heart” of everyone she meets.

“There is usually a story behind people and why they do what they do,” said one nominator. “In the instance of Cheri, it’s simply because it is who she is. She is a supporter of several teams, a representative of the organization, and most importantly, an advocate for the patients,” the nomination read.

“We’re the front line. We do anything we can for the patient. We take care of them, if they need an appointment scheduled or need to get a message to the nurse. The patient is first.”

Frazier joined VUMC in 2007 as a temp. After that, she worked full time with Student Health, but left to go back home to Birmingham due to health issues. She returned to Nashville in 2012, planning to go to law school, but came back to work at VUMC instead. In 2016 she was named access specialist lead; in 2017, she was promoted to supervisor.

Located at VUMC’s patient access office in Green Hills, Frazier and her team schedule patients for the clinics. “We’re the front line. We do anything we can for the patient,” Frazier said. “We take care of them, if they need an appointment scheduled or need to get a message to the nurse. The patient is first,” she said.

Frazier’s team, who primarily schedules for the Vanderbilt Heart and Vascular Institute, are also cross trained to schedule additional clinics including urology, neurology and others. She coaches staff on how to schedule appointments and send messages to the correct pool through VUMC’s eStar system.

“My philosophy is, I am a patient myself,” Frazier said. “What if someone is in pain when they call? What if they’re scared? The team does anything we can to help them. We care about the patients. We have empathy for the patients. I had brain surgery in 2014. I want to treat a patient as I would like to be treated.”

Frazier, who has seizures, had a benign brain tumor removed in 2014. She knows what it’s like to be worried about her health and to anticipate doctors’ appointments and surgery. She also knows the value of a team. Her VUMC team helped her re-learn the skills needed for her job after her brain surgery.

“It took me awhile, when I came back, I had forgotten a lot of things, I couldn’t type well, and the team helped me out so much. One employee stayed after hours to teach me how to redo things. She said, ‘because you helped me out so much, I want to stay and help you, so you can be your best.’ I love working,” Frazier said.

She values the teams she works with and likes to treat them to lunches and treats, especially when they are working overtime on work that needs to be completed. They call them “outbound parties.” She also involves them in decision-making.

“I can see the access specialist’s perspective; I’ve been in the teams’ shoes. I used to be an access specialist. I understand what they do. Now that I’m a supervisor, I try to help out the staff as well as our patients. I tell the team, ‘you are valued. I’m thinking about you.’”

Another nominator called Frazier a “quiet force as a leader. She embodies everything you could think of that represents the Vanderbilt Credo,” the letter read, mentioning Frazier’s “genuine friendliness, constant ready smile and eagerness to help someone new in any way.

“What if someone is in pain when they call? What if they’re scared? The team does anything we can to help them. We care about the patients. We have empathy for the patients. I had brain surgery in 2014. I want to treat a patient as I would like to be treated.”

“She welcomes you, introduces you, then frequently asks if you need anything,” the nominator said. “None of it seems like a learned skill, but more of a genuinely gracious way of life.” The nomination also mentions her work ethic. “Cheri sets the tone so the entire team is inspired to give their all and do their best. She is a wonderful example of emotional stability, strength, kindness and compassion.

Frazier said her supervisors often have to tell her to leave her laptop at home when she travels, something that she does as often as she can. “I love my job, but apparently I stay here too much,” she said, laughing.

Once a month, in her spare time, she volunteers for a ministry that reaches out to women in prison, providing counseling in a group setting. Both of her parents are retired police officers. “I grew up with that all around me. That’s why I feel so comfortable with these women,” she said.

“I don’t have an officer with me; when I go into the prison I’m not really scared. They (the inmates) see me as someone they can tell their problems to. They look up to me. We go over Bible scriptures. I tell them not to tell me why they’re in prison. We’re trying to improve these ladies. Some might be a little angry, but most of them cry and say ‘make sure you come back.’”