Her passion and dedication provide guidance to patients, families and providers at Vanderbilt Behavioral Health. 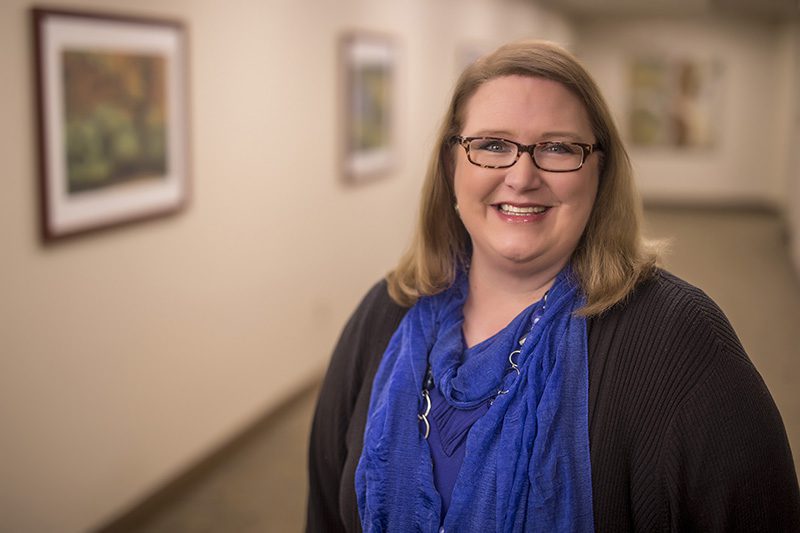 From an early age, Rhonda Ashley-Dixon, director of Outreach & Business Development for Vanderbilt Behavioral Health (VBH), learned that compassion is a precious gift in times of suffering, so she’s made it her life’s mission to share that gift with others.

Before she graduated from high school, Ashley-Dixon’s younger sister had died from cancer, her mother died suddenly from a massive cerebral hemorrhage and a good friend committed suicide.

The juncture of these tragedies brought her to realize that the compassion shown by others, as well as their faith, helped her family remain resilient. Also, while interacting with the medical community, she noticed that addressing mental health issues often took a backseat to treating more obvious, physical complaints.

“Even though I don’t provide direct patient care, I feel like what I’ve done throughout my career, in terms of making sure people have access to the highest quality treatment services and providers really assists them in their treatment journey.”

“All those things together led me to know that I wanted to be in healthcare,” Ashley-Dixon said. “During college, I worked in an emergency room at night, just doing tasks like vital signs and registration. I saw many patients coming in who were dealing with issues of mental illness. The staff was often not as knowledgeable about how to treat these patients, and there was even a bit of fear. I’m a huge supporter of the underdog – that’s a big part of who I am – and behavioral health has always been a bit of an underdog when we look at the medical community.”

She’s adopted words often attributed to former president Theodore Roosevelt as her life’s maxim: “People don’t care how much you know until they know how much you care.” Her dedication to others led to Ashley-Dixon receiving a Credo Award at the February Clinical Enterprise Leadership Assembly.

“Rhonda has a passion for assisting with the education of patients and their families, as well as providers, in the areas of mental health services and erasing the stigma often associated with our field,” said Jameson Norton, MBA, the CEO of Vanderbilt Psychiatric Hospital. “For example, she launched the VBH Patient and Family Advisory Council after seeing the value similar councils provided in our other hospitals.”

The added perspective gained from the VBH Patient and Family Advisory Council has been invaluable, she said. Ashley-Dixon has worked with council members on projects such as facility renovations and the creation of a family handbook. The group is now completing patient handbooks for adults, adolescents and children.

“All of us get so focused on what we do every day that we can get a little tunnel-visioned,” she said. “Our building is landlocked, so some of our former and current patients and family members asked if we could bring more elements of the outdoors inside as part of our renovations. We have. Some of the tabletops have rocks built into them, and we have certainly used calming colors. The chairs have a leaf motif, and all the artwork is of seasonal scenes from Tennessee.”

Ashley-Dixon initially thought she’d work as a mental health clinician, and she earned a bachelor’s degree in psychology, with a focus on counseling and rehabilitation services from the University of Southern Mississippi in her hometown of Hattiesburg. Then she went on to earn a master’s degree in organizational management from Trevecca Nazarene University in Nashville.

“I fell in love with the organizational management side,” she explained. “Even though I don’t provide direct patient care, I feel like what I’ve done throughout my career, in terms of making sure people have access to the highest quality treatment services and providers really assists them in their treatment journey.”

Ashley-Dixon puts in many volunteer hours with nonprofits dedicated to mental health, including serving on the boards of Mental Health America-Middle Tennessee and Tennessee Voices for Children. She’s also active with the Tennessee Suicide Prevention Network and the National Alliance on Mental Illness – Davidson County.

“Some of our most vital organizations providing behavioral health education, awareness and treatment are grass roots, and they don’t always have access to the resources that other groups might,” she said. “I feel strongly about assisting in any way I can, both personally and professionally.”

Away from VUMC, Ashley-Dixon takes care of her own mental health by working with senior adults at her church, attending sporting events, traveling, reading and listening to music with her husband. They also enjoy spending time with their “fur baby” Maggie at their 115-year-old Victorian farmhouse on 10 acres near Gallatin, Tennessee.