Thing one: The adults had a good time reading their favorite books. Thing two: The children loved it, too. 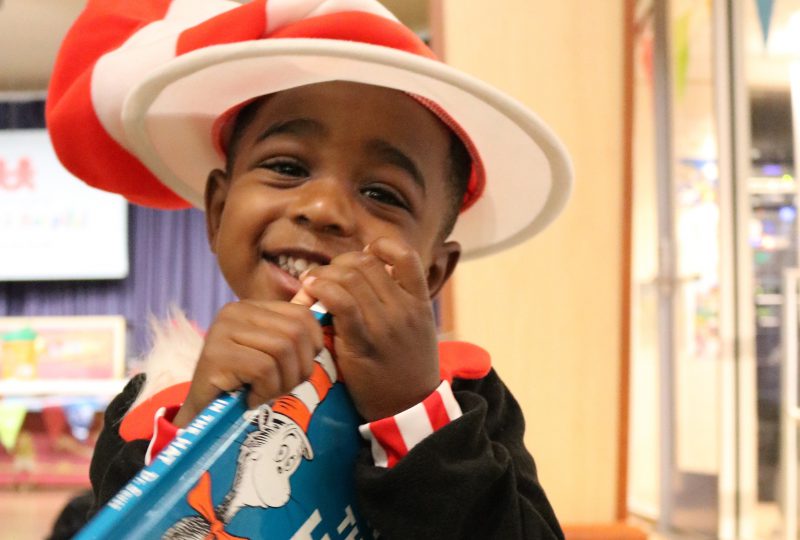 Monroe Carell Jr. Children’s Hospital at Vanderbilt celebrated the birthday of “Cat in the Hat” author Theodor Seuss Geisel, better known as Dr. Seuss, on March 2.  The National Education Association annually designates his birthday as “Read Across America Day,” an event that focuses on the need to instill a love of reading in children. The Hospital School and Seacrest Studios sponsored a day-long event with special guests who volunteered to read their favorite book. VUMC staff and leaders, along with friends of the hospital, participated in the event, which drew patients to the studio and could also be viewed in Children’s Hospital rooms via close-circuit television. 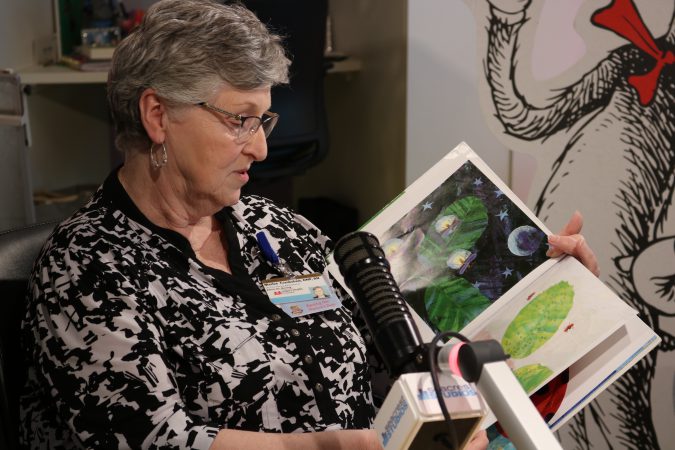 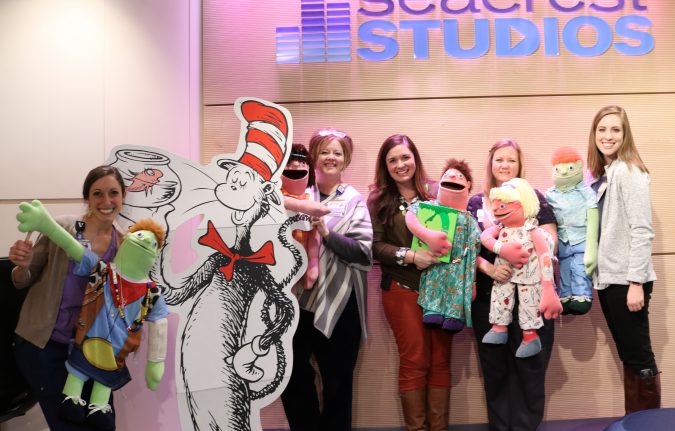 Members of the Child Life staff participated, along with some of their friends. L-R: Emily Brock, Stephanie VanDyke, Katie Beard, Janet Fuller and Camille Fraser. 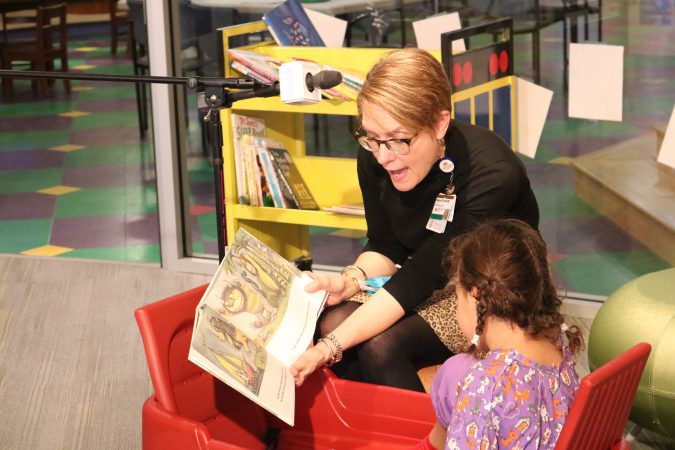 Meg Rush, MD, Chief of Staff of Children’s Hospital, goes “Where the Wild Things Are.” 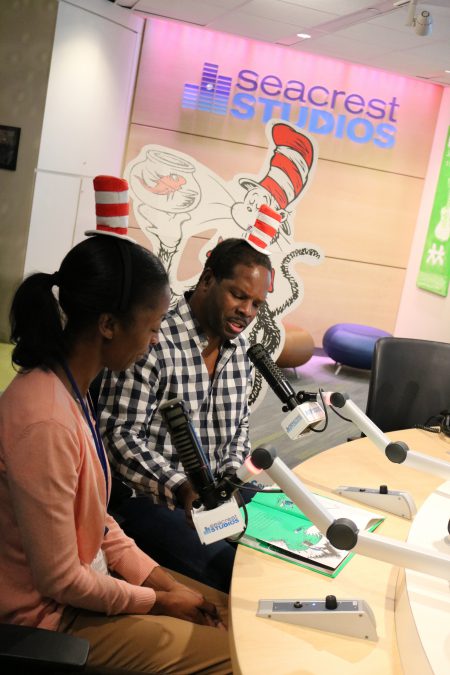 Readers Sharron and Mark Denman put on special hats for the occasion. 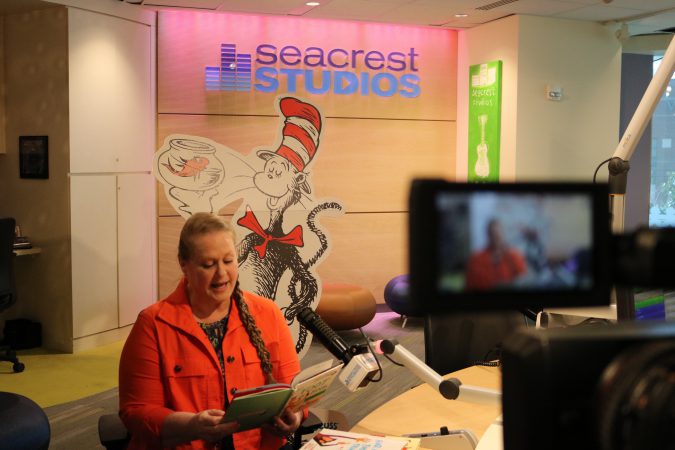 Karen Hunter-Lowery, senior development officer in Children’s Hospital, reads as her story is sent to rooms throughout the hospital. 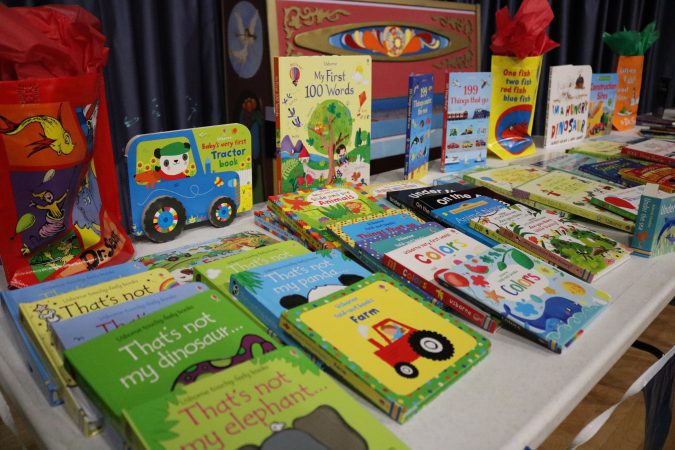 And even when the event was over, there were still so many great books to look forward to. 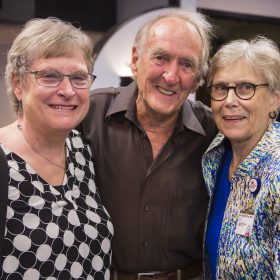