“We don’t know what our customers are going through. It’s my job to have the very best attitude that I can for them.” 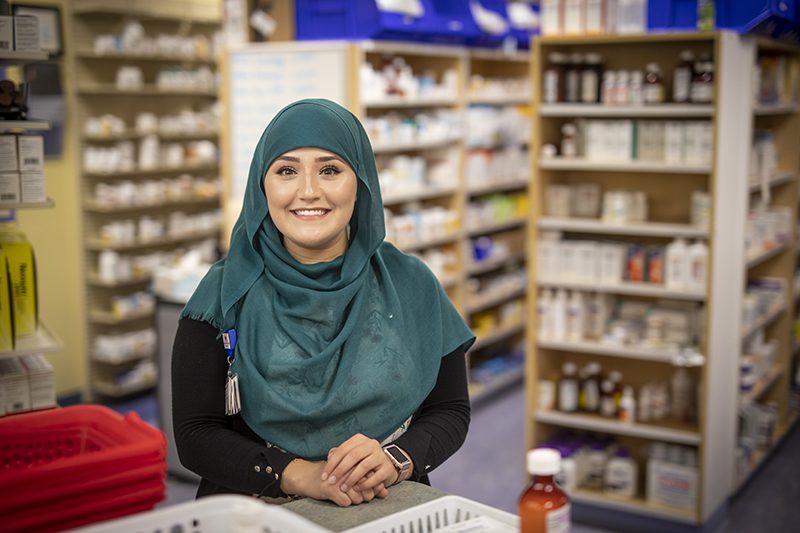 Pharmacy technician Delveen Said comes to work each day with a single focus — presenting her best attitude to the young patients and their families who need prescriptions filled each day, and to her pharmacy colleagues.

“We (the pharmacy) are usually the last people they will see before going home. We don’t know what our customers are going through — they may have gotten news that their child is dying or very sick when they come through our doors. It’s my job to have the very best attitude that I can for them. We are caring for their children,” said Said, who works in the Outpatient Pharmacy at Monroe Carell Jr. Children’s Hospital at Vanderbilt.

Said believes the impact she can make on patients and their families can be simple or significant, but both are equally important. Children’s Hospital’s Outpatient Pharmacy fills hundreds of prescriptions each day.

“Sometimes it’s a simple thing like turning on the train in the pharmacy so kids can watch, or handing them a lollipop. We can also help take care of insurance issues for the patient and try to have their medicine ready at the time of discharge. These families already have enough stress going on in their lives,” she said.

For her work, Said was honored with a Credo Award at the August 2018 Leadership Assembly.

She is an excellent problem solver who ‘brings a level of professionalism and ownership that is above reproach.’

For medications that need prior authorization, Said often calls the patient’s floor to find out what time discharge is scheduled so that the insurance authorization can happen on the front end and the medication ready for the patient when he or she is discharged.

Pharmacy technicians have to pass a national certification test and learn about dosing and compounding in addition to other pharmaceutical techniques. “I have learned so much from our pharmacists,” Said said. “When I started in the pharmacy I didn’t realize that even the slightest difference in a dose can make such a difference for our patients.  There is so much work that goes into filling a prescription.”

A pharmacy staff member who nominated Said said she is an excellent problem solver who “brings a level of professionalism and ownership that is above reproach.” Another colleague said on an unexpectedly busy Saturday Said stayed four hours past the end of her shift to help fill all the patient prescriptions. “There is no individual more deserving,” the pharmacist wrote.

“I don’t even think twice about staying late,” Said said. “Everybody is so motivated around me and I know they would do the same for me.”

Said, 25, moved to the United States from Kurdistan with her parents and two other siblings when she was 3. Because of nearby fighting and violence, they had to leave suddenly.

“My parents had to say goodbye to their families and they didn’t know what was going to happen, what our lives would be like. They had three young kids and they didn’t even think twice about whether they should leave and take a chance, or stay and die. My dad is so thankful they made the decision to leave.”

She and her family lived in Guam when they first came to the United States, then moved to Nashville in 2005. Very close to her family, she lives with her parents and four siblings. They visit family in Kurdistan when they can.

Credo Awards and Five Pillar Leader Award winners were announced at the August Leadership Assembly at Langford Auditorium. The awards are conferred on a quarterly basis. The Credo Award honors staff and faculty who exemplify the VUMC Credo.