DAISY Awards are given to great nurses all over the United States and in many other countries. This group is Vanderbilt's first.

Vanderbilt University Medical Center has announced the institution’s first recipients of the DAISY Award, a new recognition for extraordinary nurses who exemplify compassion toward patients and families.

This is the Medical Center’s first round of DAISY Awards, which honor four recipients — one each from Vanderbilt University Adult Hospital, Monroe Carell Jr. Children’s Hospital at Vanderbilt, The Vanderbilt Clinics and Vanderbilt Behavioral Health. The award is open to all licensed nurses and anyone can nominate — including co-workers, patients and their families. Nominations may be made here.

Vanderbilt Behavioral Health will give its award twice a year, and the other entities will award quarterly. Recipients will be honored with a certificate, badge pin and a statue made in Zimbabwe called “A Healer’s Touch.”

The winners of this inaugural group of DAISY awards: 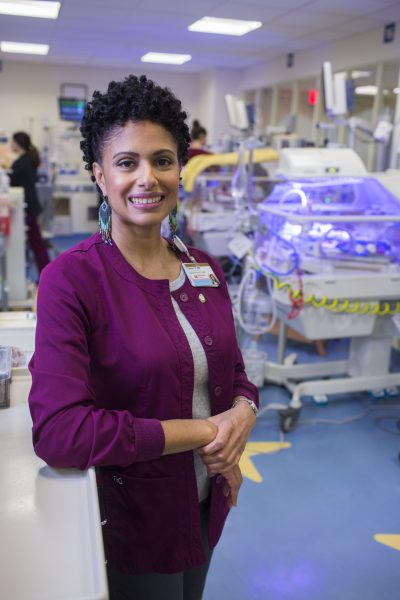 Tamera Hawkins. From the nomination: “My newborn daughter was born eight weeks premature and spent 17 days (of her 23-day hospitalization) in room 5 of the Stahlman NICU. The nurses in room 5 of the Stahlman NICU were phenomenal, but one of them stands out among the others. Tamera took the time to get to know me and my husband. She always referred to my baby by her name and even used the same nickname I do when talking to her. She took her time to show us how to feed and diaper our daughter and more importantly she made sure we knew our baby’s unique personality characteristics so we would be more prepared when we brought her home.” Photo by Anne Rayner. 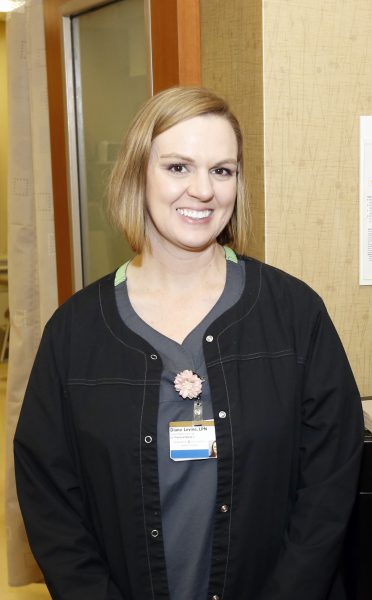 Diana Levine. From the nomination: “Diana is the team lead in the cancer lab. She was my father’s advocate with his doctor to help receive a port after multiple IV and chemo had done damage to his veins. She took the time to explain how they worked and to educate him and me so that we would not be scared when he went to get one. She was the first one to use his port and she cried tears of happiness when it worked, and he was so excited that he didn’t have to be stuck more than once. I have seen her run through that lab answering everyone’s questions, helping wherever she is needed and always sharing a smile. All I can ever say is ‘thank you.’ I hope she knows how much she means to so many.” Photo by Steve Green. 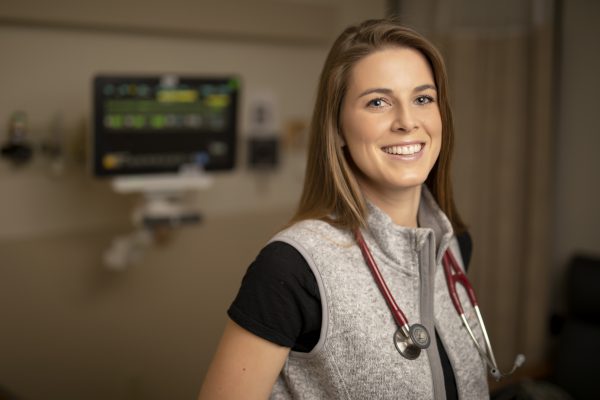 Meghan Fitzpatrick. From the nomination: “When my brother was gravely ill, Meghan was so comforting, compassionate, caring, she was almost part of the family. He was hospitalized twice, for a total of 60 days. Meghan would ask to be in his section when she was on duty. For a couple of weeks, he was in ICU, and she came to visit him before and after her shift, even though he was not on her floor. When she found out that he loved to camp, she brought him a gift of graham crackers, marshmallows and Hershey bars so they could make S’mores together when he was better. Unfortunately, he did not get better and died on Aug. 31, after he was discharged to a nursing home. Meghan came to his services, even though she was on her way out of town for a much-deserved vacation. She is an example of what nursing should be and deserves any recognition she gets.” Photo by Joe Howell. 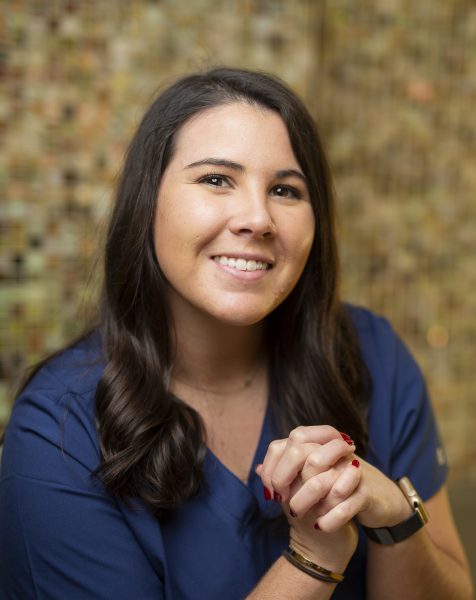 Mallory Johnson. From the nomination: “Mallory has made me feel so welcome and cared for on this day. She communicates with me (and all other patients) so well. She does her job with timeliness and care always. (I’ve noticed for sure.) She always seems to read my needs and let me know she’s keeping my care and comfort at heart. … I just can’t express enough the wonderful and very professional person she is, with a gracious and giving soul. I would not have had nearly the wonderful experience I’ve had here in Vanderbilt Psych without her role. She’s made my care balanced — perfectly personal and professional.” Photo by Joe Howell.