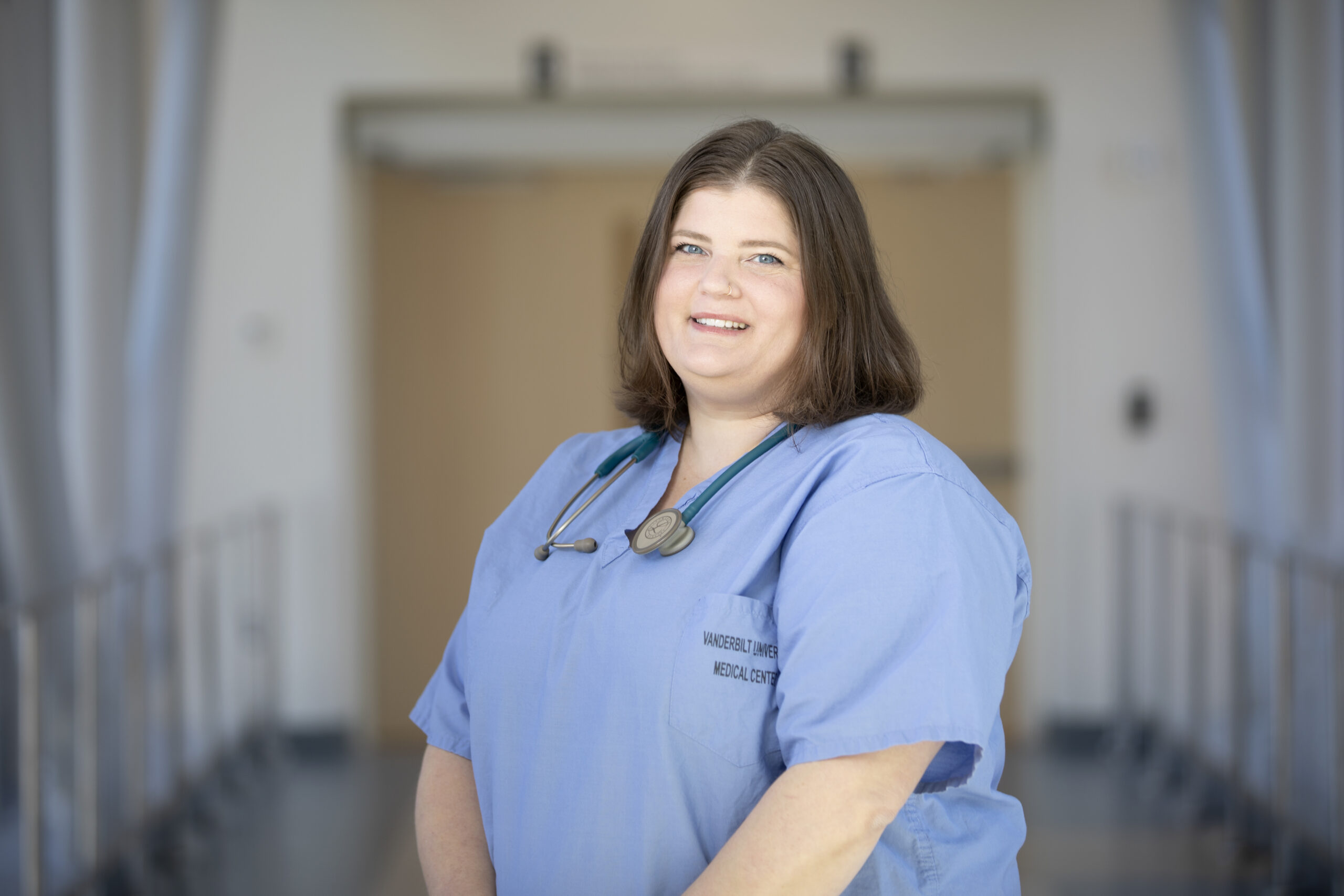 Sarah Ankrom. From the nomination: “I had a very long induction course. When I was told my blood pressure went up on Friday and I had to come in Saturday to be induced, I was disappointed and nervous. All of my nurses were amazing, but Sarah went above and beyond. … I can never thank her enough for not only her excellent nursing care during the day when I was unmedicated and she was supporting me, but also her phenomenal help once I had my epidural and needed to progress in labor. She is such a special person — she was my angel for my labor course and I will never ever forget all that she did for me, my husband and my baby!” Photo by Erin O. Smith 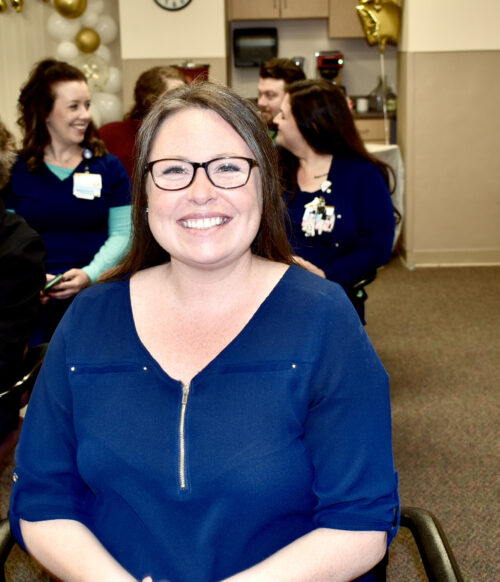 Holly Bobo. From the nomination: “The patient had been confused post-op and cursing at nursing staff, non-combative. Wound care nurses were called for a dressing change per surgeon orders. The patient was unable to assist nurses to roll or turn. The patient had numerous wounds that needed to be assessed, photographed and treated. Holly was ‘the soul of patience’ during the 25 minutes when we worked with the patient. Holly was consoling to the patient, assuring her that we were working quickly. She was both kind and gentle. … The patient was peaceful and in no distress when all three of us left the patient room. Holly is a joy to work with and has been consistently observed giving her patient the very best care possible. She represents our nursing staff so well.” 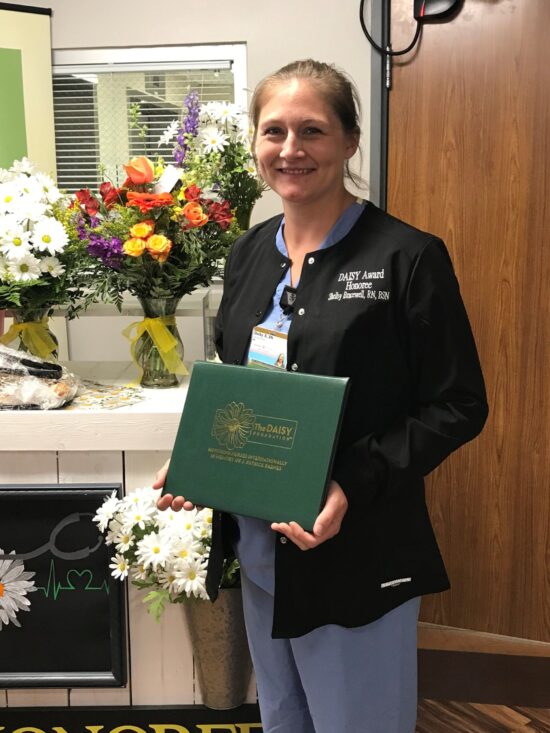 Shelby Bracewell. From the nomination: “Shelby was my L&D nurse this January. As this was my first delivery, I had minimal experience and knowledge about the process. Shelby was warm, welcoming, beyond helpful, efficient and purposeful. She went above and beyond to not only check on my physical status but to also explain the process and give me information so I could form better educated decisions about my care process. I am so thankful and grateful that she delivered my daughter. She was there for every step of the process and was so supportive. Shelby is a huge asset to this department and is extremely skilled, supportive and well received. I can’t commend her enough for her expertise and bedside manner.” 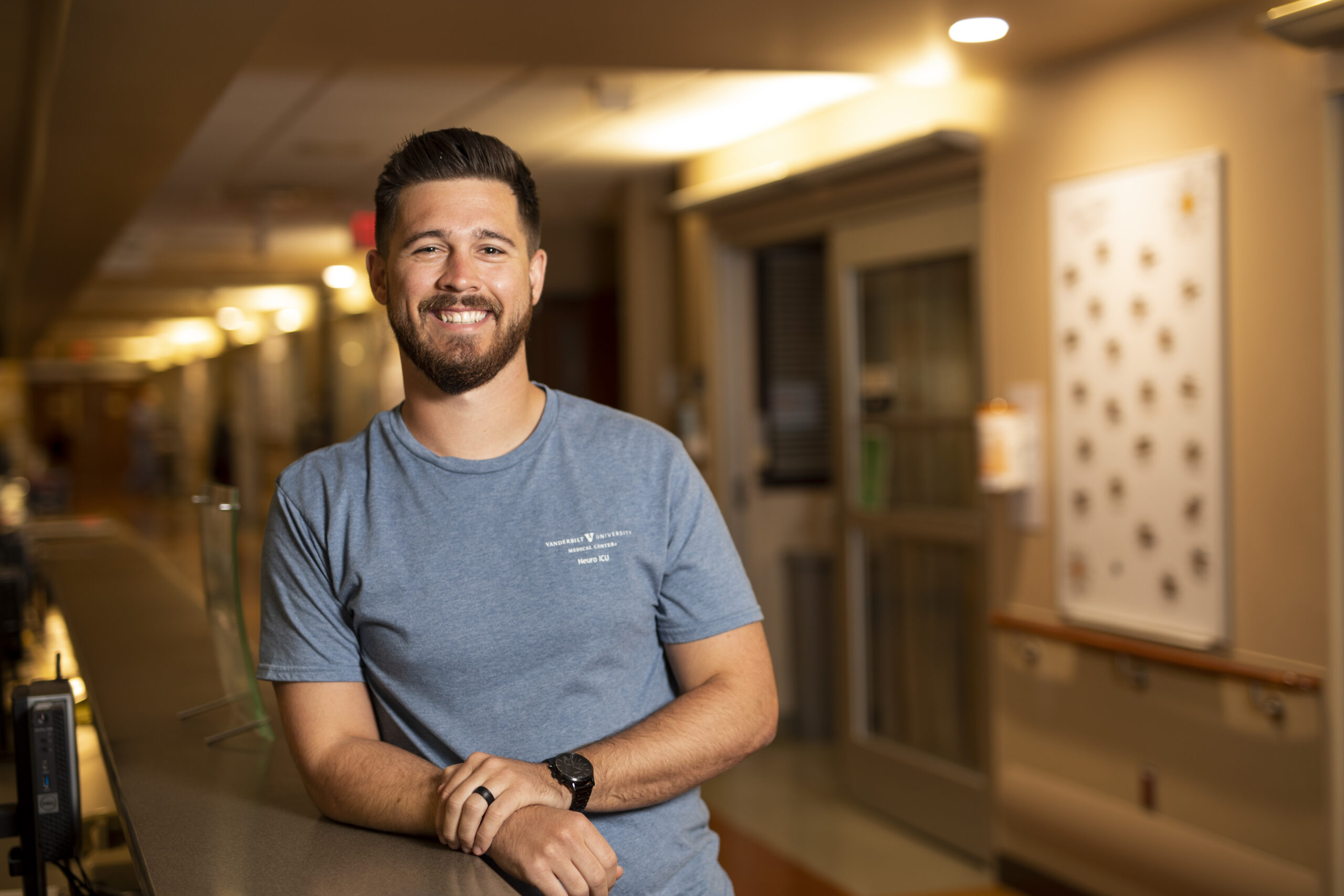 Dylan Cardwell. From the nomination: “Dylan was my husband’s nurse for three days, and he was absolutely amazing. Kind, compassionate, patient and empathetic are a few of the words I’d use to describe him. Dylan went above and beyond for us — not only did he fulfill his duties efficiently, but he also is very close to our age and went out of his way to relate to us. My husband, who is very young for a stroke, had some questions regarding exercise, diet, etc. Dylan did not hesitate to answer my husband’s questions thoroughly and patiently, and even took the time to tell my husband about his personal routines as an example.” Photo by Susan Urmy 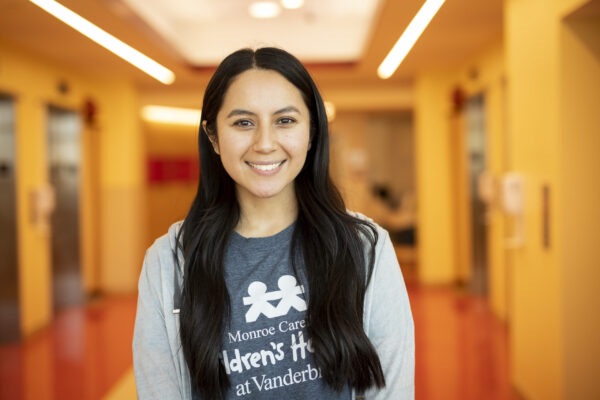 Diana Silva. From the nomination: “My daughter was born at 31 weeks, five days. My pregnancy was considered ‘boring’ until that point… We heard all kinds of advice — sleep while you can, embrace the golden hour, etc. — but no one told us to mentally prepare for a 28-day NICU stay…. Diana was the nurse assigned to our room for the last hour of her shift when we moved to the 11th floor. We met her only briefly, but after she left, I told my husband that there was something about her that I really liked. Diana was so welcoming and positive, and while she of course focused on our daughter, she also went out of her way to make sure we were comfortable for our first night in our room. Diana came back a few days later and became [our daughter’s] primary nurse. … I would love to nominate each and every member of [our daughter’s] medical team for all kinds of awards, but Diana in particular deserves special recognition.” Photo by Susan Urmy