Vanderbilt University Medical Center has announced the fourth quarter of 2020 recipients of the DAISY Award, a recognition for extraordinary nurses who exemplify compassion toward patients and families. 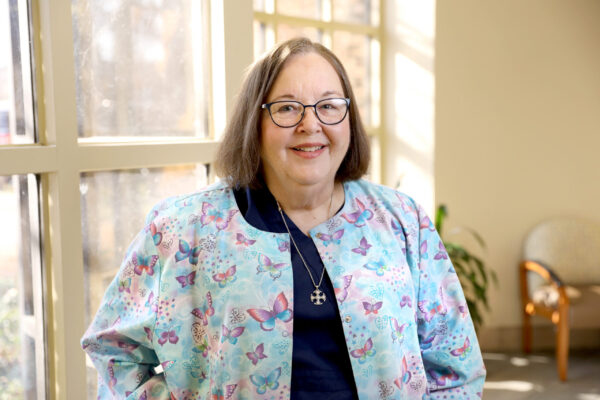 Claudia Davis. From the nomination: “I got sick in the middle of the night. Claudia came to my aid and got me some medicine from the doctor on call. She was wonderful to me and I couldn’t have gotten through the night without her!” Photo by Erin O. Smith 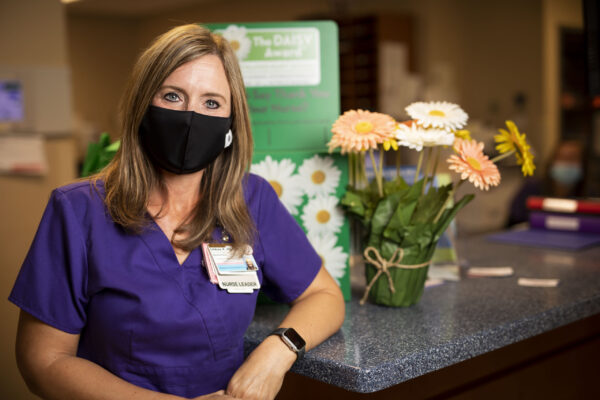 Lindsay Race. From the nomination: “Lindsay was my nurse on day shift that took care of me like my mother would as well. Any time I needed anything, she was there to help. I was crying because, after being in labor so long, I was told I was having a C-section. I understood but was extremely scared. Lindsay made me feel right at home and took me under her wing as a mother would do that day.” Photo by Susan Urmy 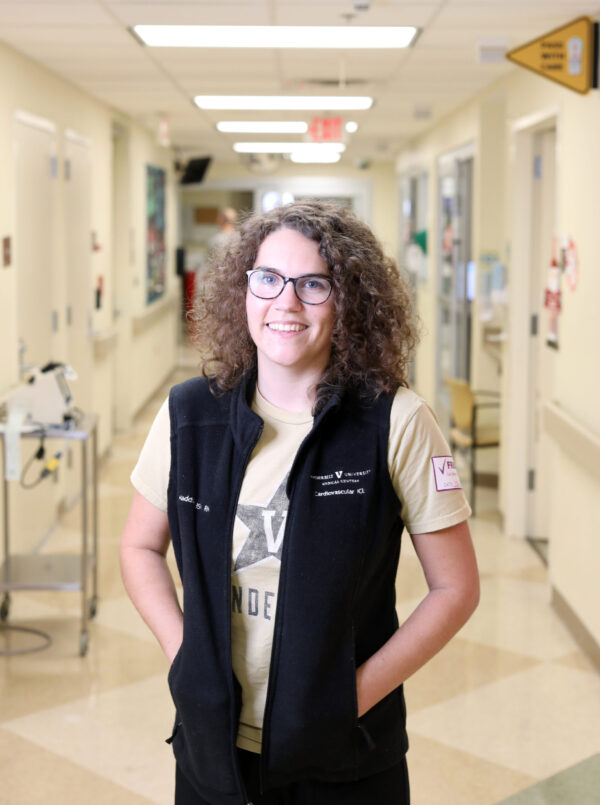 Maddie Cullen. From the nomination: “My dad came to the hospital with plans for a double lung transplant but due to his other body systems failing, he’s now on a palliative care route. She (Maddie) made it possible for him and his fiancée to have a commitment ceremony in his room, complete with decorations, cupcakes, ‘champagne’ toasts, flowers, and even hand-made a veil out of streamers for his fiancée.” Photo by Erin O. Smith 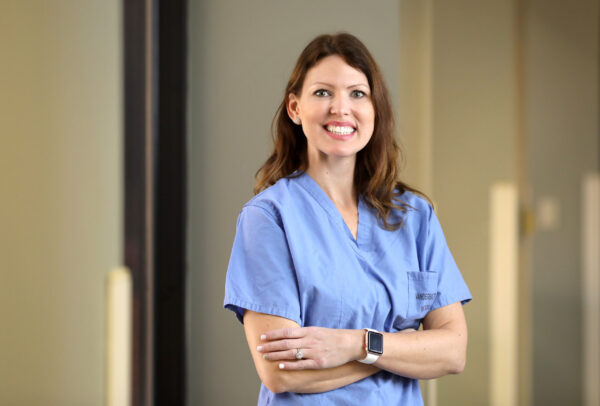 Mary “Cricket” Ramsey. From the nomination: “Cricket examined the patient and found a prolapsed fetal cord. In the OB world this is a true emergency where the baby has literally minutes to be delivered via emergency C-section to prevent long term damage and possibly death. …  I have been an L&D nurse at Vanderbilt for 27 years and this patient was the calmest patient I have ever witnessed in an emergency situation. I truly believe she remained calm because of the trust she had in Cricket and Cricket’s quiet, calm, reassuring words.” Photo by Erin O. Smith 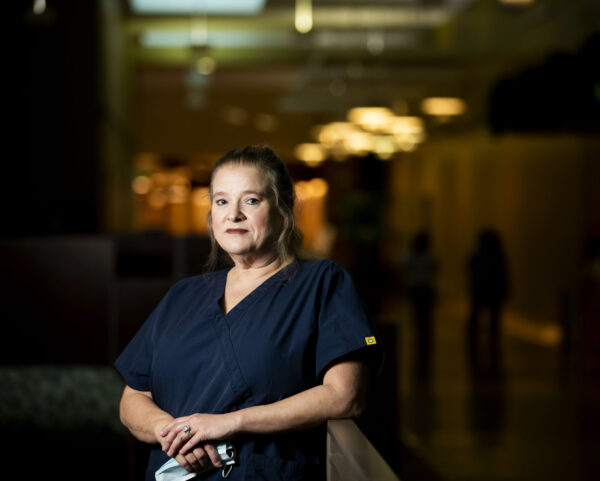 Mason Dobson. From the nomination: “I was taking chemo and it was the second or third time I had ever been there. I was incredibly scared. … When I met Mason I immediately felt calmer. She has this way of making you feel safe. Once it was hot and my port was having trouble accessing and normally this would have scared me, but Mason had it under control.” Photo by Susan Urmy 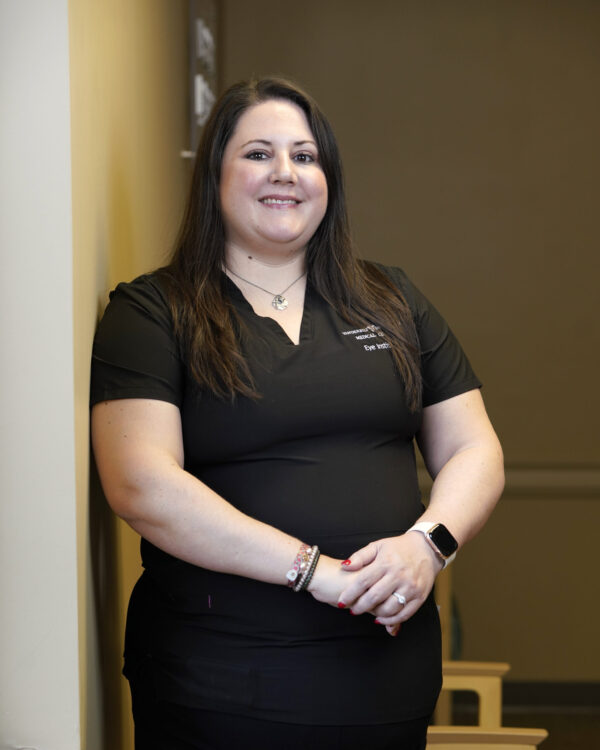 Meredith Nolan. From the nomination: “The patient ‘stated that he had called in on Wednesday about some issue with his eye and while speaking to the nurse (Meredith), she urged him based on his symptoms to go to the emergency room. Which he had been reluctant to do. He then stated that while at the hospital they had determined he was having a stroke and how she had saved his life. He stated that he was beyond grateful for her knowledge and encouragement to go to the emergency room because he had been out mowing and wasn’t sure about the severity. If it wasn’t for her explanation he may not have taken it seriously enough to go the hospital.'” Photo by Donn Jones 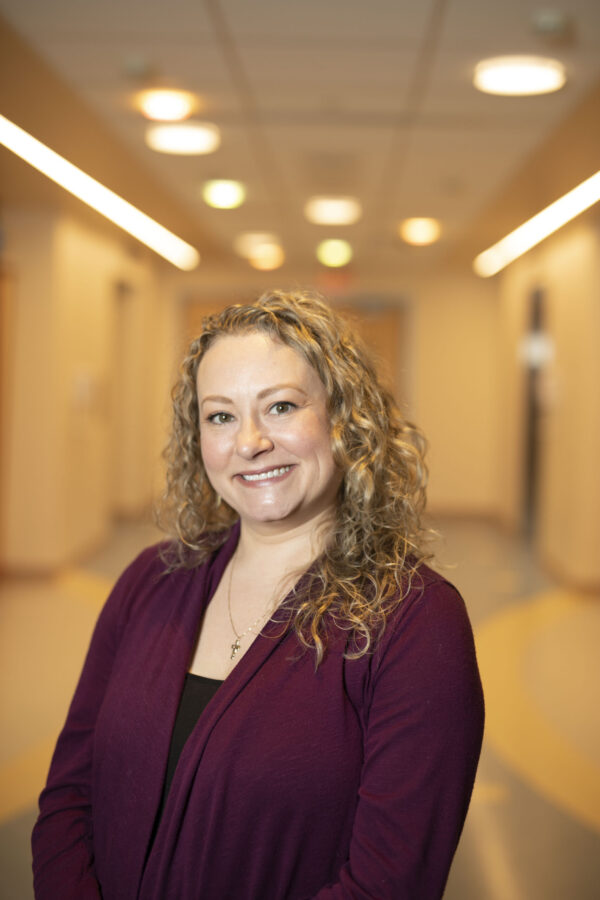 Crystal Bojniewicz. From the nomination: “She was taking care of a patient whose mother did not speak English (spoke a dialect of Swahili) and went out of her way to help the mom through the NICU process. … She was concerned the mom wouldn’t ask for help ordering food and placed dietary communications for the entire week for this mother to get her meals. She also has coordinated with multiple interpreters to make sure this mother’s questions were answered and so she could feel supported. Crystal has gone above and beyond today and truly showed the meaning of family-centered care!” Photo by Susan Urmy