Vanderbilt University Medical Center has announced the fourth quarter of 2019 recipients of the DAISY Award, a recognition for extraordinary nurses who exemplify compassion toward patients and families.

Vanderbilt is one of more than 3,000 health care facilities and schools of nursing in all 50 states and 17 other countries that offer the award.  VUMC nurse committees determine the individual recipients.

This round of DAISY Awards honors four recipients — one each from Vanderbilt University Adult Hospital, Monroe Carell Jr. Children’s Hospital at Vanderbilt, Vanderbilt Psychiatric Hospital and The Vanderbilt Clinics. Previous winners of the DAISY Award are here. The award is open to all licensed nurses and anyone can nominate — including co-workers, patients and their families. Nominations may be made here.

Recipients will be honored with a certificate, badge pin and a sculpture made in Zimbabwe called “A Healer’s Touch.” 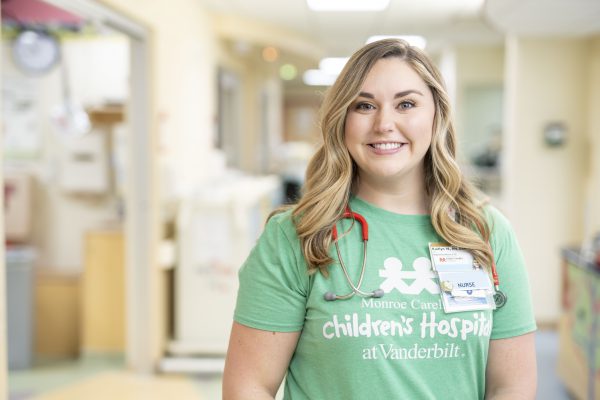 Kaitlyn Henderson. From the nomination: “By far she has been my favorite nurse that has been taking care of my daughter. She is very gentle with her any time she checks her or moves her. She keeps a close eye on my daughter and is very observant about what she does and how she reacts. She always answers any questions I have for her. She keeps me updated on everything she is going to do before she does it. She is very helpful with everything. She has been caring, asking me if I may need something too to make sure I am also taken care of and making sure I know where stuff is here if I may need anything.” Photo by John Russell 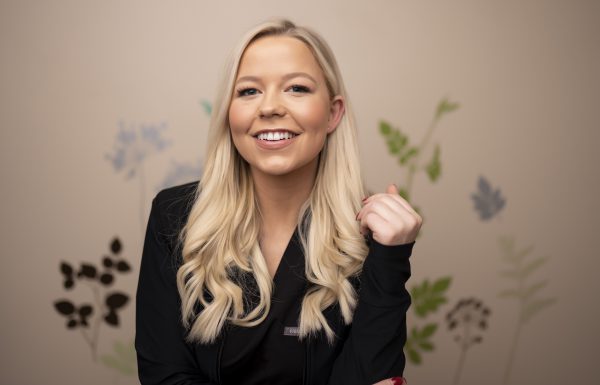 Kayla Felker. From the nomination: “Kayla, from day shift, was my assigned nurse multiple times during my stay at Vanderbilt Psychiatric Hospital. Not only was she very kind to me during my stay, she was attentive, compassionate and patient. She made herself available to me as often as I needed her, and was very knowledgeable when it came to my treatment plan. She always had a smile on her face, and treated me with dignity and respect. I never felt as though I bothered her. She made sure I was comfortable and reassured me I was safe. She also was very kind to my family, and made it a point to be available to them and myself when needed.” Photo by Joe Howell 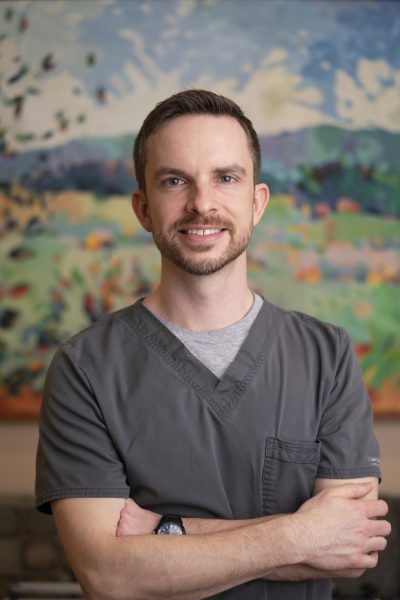 Louis (Carter) Wamp. From the nomination: “My son has a neurological condition that has left him mostly paralyzed, blind and in pain. He was having a very frustrating day with therapy and was feeling as if the doctors were giving up. Carter was so kind and compassionate. All day he had explained everything he did to my son, asking him for permission before he did anything – just making sure he felt that he mattered and still had some control in his life. But when my son had just had it and started crying, Carter stopped everything he was doing and came in and just talked to him and calmed him down. He was also the one to suggest some type of anxiety management with the doctors. This has really helped my son.” Photo by Joe Howell 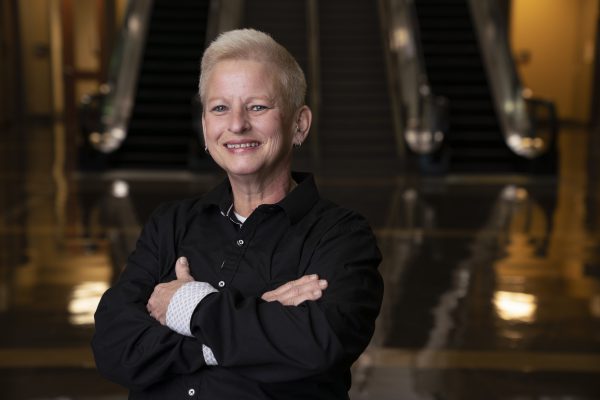 Jennifer Baldwin.  From the nomination: “The pharmacy was closing and there were post-chemo meds I had to take and (my husband) had my wallet and money with him! Jenny Baldwin, RN, was my nurse that day and when she realized what was going on and saw the stress and fear in my eyes of trying to figure out how to get the medications, she said, ‘Don’t worry about that! You just focus on you right now. I will go get your medications and pay for them and when your husband gets back, we can square things away then.’ It was only $15, but it felt as though she was giving me the world at that moment and like she had taken such a weight off of me.” Photo by Joe Howell