This teacher got a life-saving heart transplant. So did her student. What are the odds? 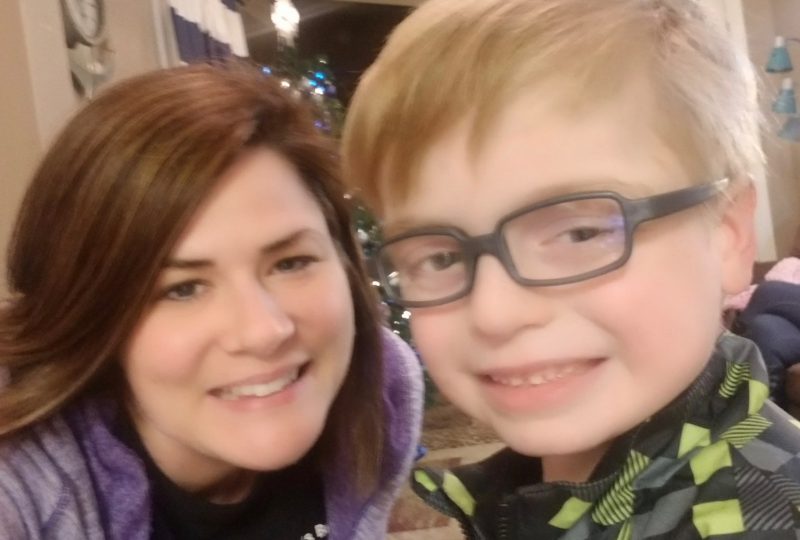 When Brandy Bickings, a 39-year-old kindergarten teacher in Henderson, Tennessee, received a new heart at the Vanderbilt Transplant Center in March 2019, it was the culmination of a long journey. At the time, she had no idea she would go through a similar journey again very soon, this time with one of her students.

That fall, when Bickings returned to teach at East Chester Elementary School, one of her students was 5-year-old Parker Lake. And Parker needed a heart transplant, too. In the year that followed, the two formed a bond like few teachers and students.

“It was very emotional for me just seeing him, knowing that he needed a new heart and, having just gone through that, knowing how he felt and what he was going to go through,” she said. “I felt very sympathetic to him.”

Parker’s mom came to Bickings’ classroom door in tears. They got “the call” — a donor heart for Parker was available. “We just cried and hugged, and I hugged Parker and told him to be a good boy and be strong and that I loved him and that he was going to feel so much better,” Bickings said.

Bickings stayed in close touch with Parker as he waited for his transplant, received it, then recovered from it. And when Parker couldn’t be at school post-transplant because he was immunocompromised, she volunteered to come to his parents’ homes two times a week to teach him.

Parker’s mother, April Lake, remembered meeting Bickings at the beginning of the school year and her telling her transplant story.

“It made me feel safe,” Lake said. “She knew what to look for. She knows what to watch for, all that, because she knows what it’s like.”

“After she gave birth to me, they figured out she had cardiomyopathy and she died when I was 3 months old,” she said. “I was raised by my dad and he remarried when I was 18 months old to my stepmom. They raised me and they made sure that I always kept a check on my heart because it ran in my family.”

“You’re not leaving until you get a heart.”

Bickings said she started seeing a cardiologist at age 3 and was diagnosed with cardiomyopathy at an early age. But she never experienced symptoms until adulthood. It started with small heart palpitations, then trouble breathing, declining oxygen and energy levels.

In the last two years, her symptoms got much worse. She was retaining fluids and had to go to the hospital a couple of times to remove fluid. In March 2019, she was asked to come in for a heart catherization, a procedure that determines heart function. She expected to go home and right back to teaching.

But Sandip Zalawadiya, MBBS, assistant professor of Medicine and the medical director of the Ventricular Assist Device Program at VUMC told her, “you’re not leaving until you get a heart,” she recalled.

“Timing makes all the difference when it comes to success of a transplant recipient,” Zalawadiya said. “The current heart allocation system prioritizes donor offers for those who are sick and are in the hospital. Brandy certainly was sick and needed a heart. While we did not know when she would get an offer, by asking her to come in, we were able to increase her chances of receiving an offer and doing really well afterwards.”

“I have four kids. I need to come out of this.”

Eight days after coming to VUMC for what she thought was just a heart catheterization, Bickings received her new heart. She had mixed emotions – relieved that she received her lifesaving organ, but sad for the person who lost a life so she could gain hers.

“I had another chance to live and to raise my children and still be here on this earth,” she said. 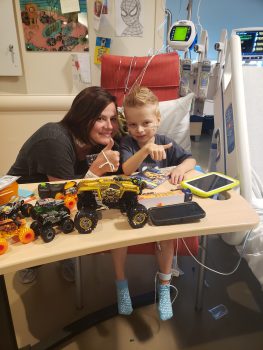 Brandy Bickings was also Parker’s teacher while he was recovering from his transplant.

Not only did she come out of it; in one month, she returned home. Three months later, she was hiking with her family at Machine Falls near Tullahoma, Tennessee, and feeling much better. That fall, she resumed teaching – her 14th school year. And she met Parker, “a very energetic, happy little fellow,” and his mom.

“I just assured her (his mom) that I was going to take care of him so she didn’t have to worry about him,” Bickings said.

Then she learned about Parker’s story.

“His lips were purple and blue. He wasn’t getting a lot of oxygen.”

Parker was born with hypoplastic left heart syndrome, a birth defect that impedes normal blood flow through the heart. He underwent his first of several surgeries four days after he was born at Vanderbilt. “It was a rough road after he was born,” April Lake recalled. “We were in the hospital for about three months.”

By June of last year, Parker was so sick he was placed on the transplant list at Monroe Carell Jr. Children’s Hospital at Vanderbilt.

“Parker had a lot of physical symptoms,” Bickings recalled. “His lips were purple and blue. He wasn’t getting a lot of oxygen.”

From August to September last year, Parker was physically in Mrs. Bickings’ class. Then, on Sept. 13, his mom came to Bickings’ classroom door in tears. They got “the call” — a donor heart for Parker was available.

“We just cried and hugged, and I hugged Parker and told him to be a good boy and be strong and that I loved him and that he was going to feel so much better,” Bickings said.

“He’s doing amazing. He is a bundle of energy,” his mom said.

Parker got his new heart at Children’s Hospital the next day. He returned home two days before Thanksgiving. “It was the best Thanksgiving,” Parker’s grandmother, Tina Brown, said. “We had our little buddy home.”

Parker’s mom said “he’s doing amazing. He is a bundle of energy.”

“He gets excited when he knows Mrs. Brandy is coming.”

When Bickings is at school with Parker’s classmates, she and Parker catch up over video chat. Before the COVID-19 outbreak, when she was at Parker’s home, she helped him keep up with his lessons.

Bickings has had to pause her visits to Parker’s house because of the outbreak. His mom said he has relished his time with Bickings. “I know he adores her,” she said.

“He gets excited when he knows Mrs. Brandy is coming,” said Parker’s grandmother. “It’s so cute. They have such a cute bond. I was talking to her one time and I was thanking her and she just had the biggest tears in her eyes. I said, ‘I just thank you so much for everything that you’re doing and sacrificing your time.’ Of course, we started crying together. She is so humble. She’s awesome.”