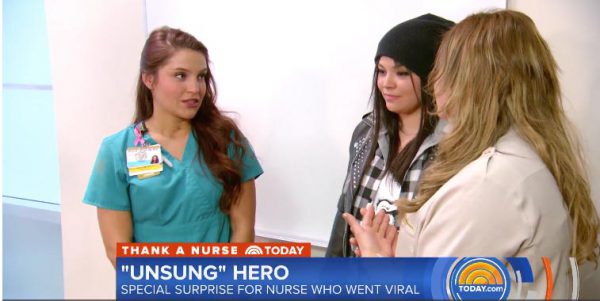 On May 2, NBC’s “Today” show broadcast part of a series of stories called “Thank a Nurse,” and the featured nurse was VUMC’s Olivia Neufelder — the nurse who was in a viral video last October and who was featured in this story written by Christina Echegaray earlier this year in VUMC Voice.

In the video, shot on a phone, Neufelder sings “Dancing in the Sky,” a soulful ballad by the duo Dani and Lizzy about life in heaven, to Margaret Smith, a patient with liver cancer who had just learned she wasn’t well enough to receive a liver transplant. Smith died about a week later.

The video was recorded and posted to social media by Smith’s friend, Crystal Roberts, and shared by, among many others, Smith’s daughter, Megan.

Neufelder, who lives in Nashville but is not an aspiring musician, had learned the words off YouTube at Margaret’s request. 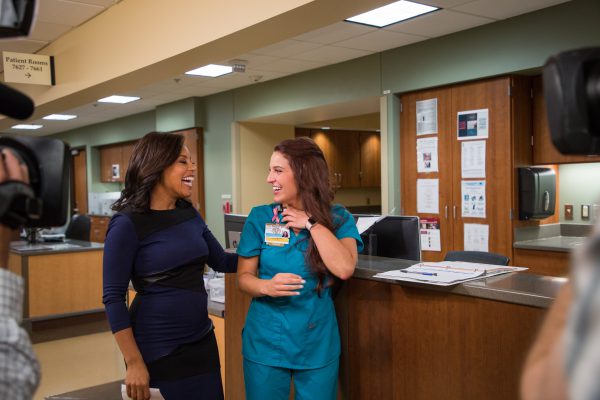 The video was shared around the world, and calls started coming to VUMC’s News and Communication office, where I work, from reporters who wanted to meet and interview Neufelder.

We arranged an interview with WTVF News Channel 5 reporter Matthew Torres, as well as the Washington Post and a few other news outlets. When the stories were broadcast, printed and posted online, that meant that even more people knew of Neufelder’s kindness, and before she knew it, the world was reaching out to her. I ran into her at the Medical Center North post office a couple of months after the stories aired and she had received a birthday card from a stranger in Singapore that day.

While the initial surge of popularity faded somewhat, the video of Neufelder’s act of kindness continued to be viewed hundreds of times a day, and it lingered in the memories of those who saw it — including, it turned out, network television producers in New York. 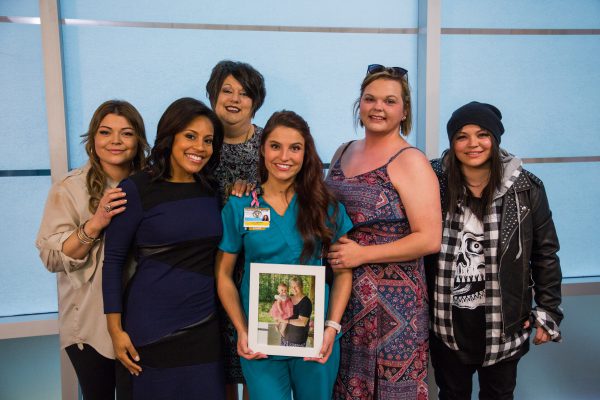 When the “Today” show began planning its “Thank a Nurse” series, “Today” producer Jennifer Long called VUMC’s News and Communications office about featuring Neufelder. But as I talked to the producer, I realized it wasn’t going to be an average story. There was an elaborate plan to have a “Today” anchor surprise Neufelder at Vanderbilt.

But that wasn’t all.

They also wanted Margaret Smith’s best friend, Crystal Roberts, and Smith’s daughter, Megan, to be on hand to surprise Neufelder.

And even THAT wasn’t all.

They also wanted to bring the Canadian twins singing duo who originally recorded “Dancing in the Sky,” Dani and Lizzy Nelson, to Vanderbilt to surprise Neufelder, Roberts and Smith.

So, all we had to do was arrange surprise visits from the family and friend of a patient; Sheinelle Jones, one of the reporters and hosts of the “Today” show; and a duo of musicians from Canada.

And, everybody had to be kept apart from each other for the surprise to work.

Somehow, we did it. The “Today” show shot its story at Vanderbilt University Medical Center over two days in mid-April, and it aired nationally the morning of May 2.

As you can see in the story from “Today,” there was singing, hugs and tears (even some laughter), and VUMC nurse Olivia Neufelder got the surprise of her life.

The “Today” show’s #ThankANurse segment with Neufelder was shared by the VUMC social media team on Facebook. Here’s the link: https://www.facebook.com/VanderbiltHealth/posts/10156381656190859. 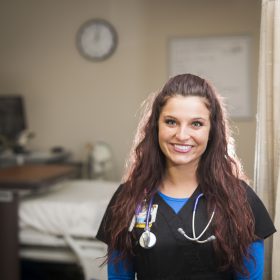