"His calmness and kindness helps create a culture of encouragement with everyone he comes in contact with." 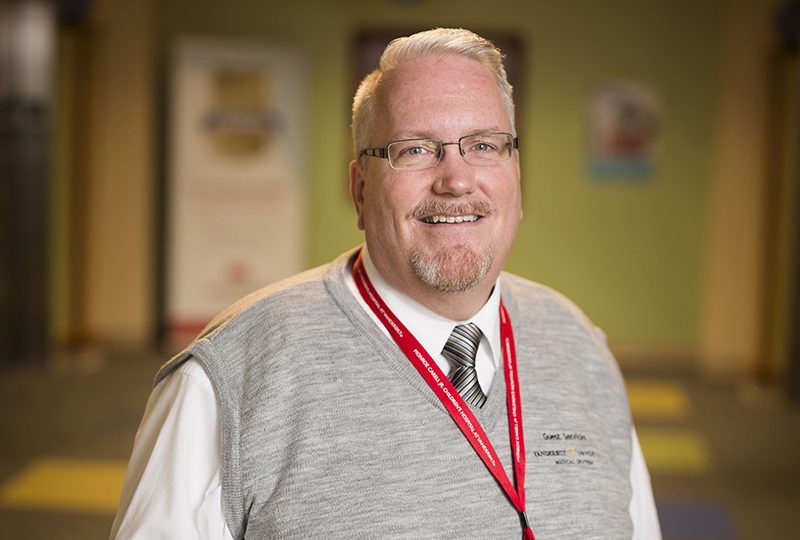 Jonathan Dow, Guest Services representative for surgery at Monroe Carell Jr. Children’s Hospital at Vanderbilt, used his lunch break several months ago to search for a stuffed bunny. He dashed over from the Children’s Hospital surgery waiting area to the Vanderbilt University Adult Hospital gift shop, hoping to find one there.

Shortly before, he had checked in with the family of a young patient whose surgery had been delayed at Children’s Hospital. The boy was hungry and upset. The parents were frustrated because of the delays, and they had misplaced a stuffed bunny purchased just that day at the gift shop.

Dow, one of three Guest Services representatives in the unit, found an identical stuffed bunny in the gift shop and purchased it for the child. When he took it to the family, still waiting for surgery, they had found the original bunny buried in their stroller, but Dow insisted they take it home for the child’s twin.

“In the midst of everything that day, the little boy lost his bunny. That’s the last thing they needed, the icing on the proverbial cake,” Dow remembers.  “It was just a simple gesture on behalf of Vanderbilt,” he said.

In recognition of the many ways he helps patients and their families, Dow was presented a Credo Award at the Leadership Assembly held on Nov. 7.

In a nomination letter, several of Dow’s Children’s Surgery colleagues spoke about his compassion and work ethic. “Jonathan uses his gift of encouragement on a daily basis with staff and patient/families. His calmness and kindness helps create a culture of encouragement with everyone he comes in contact with,” a colleague wrote.

Dow’s responsibilities as a Guest Services representative include serving as a liaison between the surgical staff and families of children undergoing surgery. “I walk with families through the surgical experience,” he said, adding that he’s been at Children’s Hospital since June 2016 following 16 years with a nonprofit organization. “This job is where my heart is,” he said. “I see myself as an encourager and a calm presence in people’s lives. I was told when I interviewed to look at each patient’s experience through the patient’s and family’s lens, that nobody chooses to be here, and I try to look through that lens with compassion and kindness, serving with clarity.”

But Dow insists it’s the entire surgical team working together than makes him an effective Guest Services representative.

That sentiment was confirmed by a colleague who wrote in the nomination about how Dow responded to the staff after the death of a young patient.

“Jonathan brought in a ‘gem’ for each periop staff member. There was a sign that said how honored and privileged he was to work with such caring and compassionate people and each one of us was a ‘gem.’ He knew it had been a particularly stressful and emotional week and he appreciated our hard work,” the colleague wrote.

Another colleague said Dow provides positive affirmation for the work others do.

“Without fail, after each and every time, he will find you and tell you what an amazing job you did speaking with the family, how much he appreciates the work we do…The simple comments from Jonathan are always a light in the dark and refreshing reminder that no job, even the difficult ones, go unnoticed and underappreciated,” the colleague wrote. 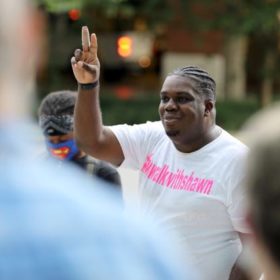