“I won’t ask someone to do something I wouldn’t do myself. I try to give 110% every day. Whatever I can do to help people, I will.” 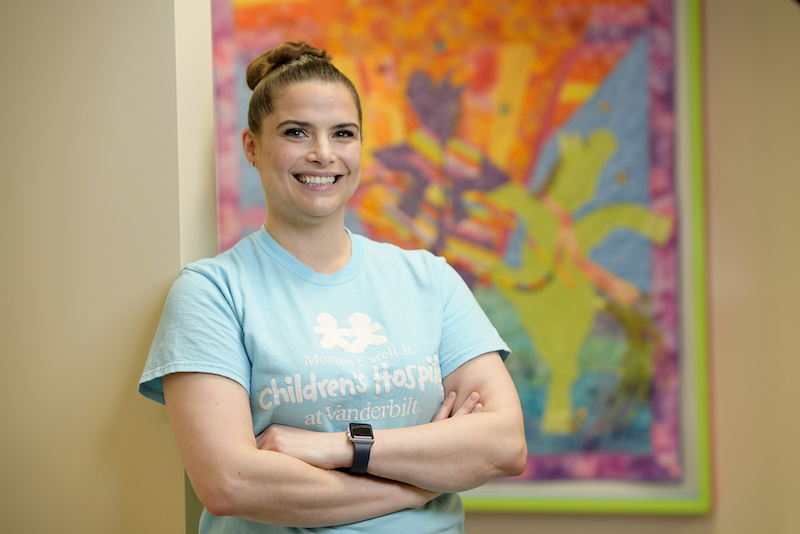 She recalls putting on her crisis management cap and getting ready to problem solve for whatever situation required her attendance.

As soon as she opened the conference room door and realized that she was invited to a celebration – for her – she shut the door in surprise without entering.

“It took me a minute to gather my thoughts and composure,” admitted Kennedy. “I had to process what was happening. I opened the door again and I was told I had won the Credo Award. I was in shock, disbelief, humbled and honored all at the same time.”

Kennedy, an eight-year employee of Children’s Hospital, never thought she would be a recipient of this employee distinction. While she was informed many months ago that she had been nominated, she forgot, thinking she wouldn’t be a finalist.

“Leading by example is always my goal. I want to be a good role model and be the type of person that my kids can look up to.”

For years, she reviewed the Credo with the new hires in her clinic. Never did she consider being a recipient of the award that recognizes the exemplary behaviors outlined for the honor. Her award was presented at the May 2021 virtual Leadership Assembly.

“I always try to be a good role model, making sure I am walking the walk. I really believe in what the Credo states. It’s how I live my life outside of work. I want to always be sure that I am implementing the things that I ask others to do.”

During the surprise announcement, excerpts of the nomination were shared with a tearful Kennedy.

She recalls one of the examples used in her nomination — there was a need for a nurse to accompany a provider to another floor to assist with the care of a patient. While Kennedy didn’t think anything of jumping in to help, others relayed that her willingness to always be of service is what makes her stand out.

“I won’t ask someone to do something I wouldn’t do myself,” said Kennedy. “I try to give 110% every day. Whatever I can do to help people, I will.”

Comments from her co-workers include descriptors like “knowledgeable, prompt to reply, approachable, great resource, hands on approach, always smiling, always willing to meet the latest challenge and inspires those around her with her initiative and resiliency.”

One staff member, who has worked with Kennedy for three years, has observed her interactions with patients and families and co-workers. She commented:

“I am not exaggerating when I say that each and every interaction/situation has been handled with positivity, professionalism and compassion. I have seen her clean rooms, wipe the tears of frightened toddlers, encourage exhausted parents, mentor new nurses, troubleshoot equipment failures and manage clinic flow all before lunch and ALWAYS with a smile.

“… service, effective communication, professionalism and commitment — these are not just qualities that Michelle Kennedy possesses — it is WHO SHE IS.”

When away from work, Kennedy enjoys spending time with her husband and two children and seeks to inspire other people to be their best selves.

“I try to do what I can to help others. It’s my personality,” she said giggling. “Leading by example is always my goal. I want to be a good role model and be the type of person that my kids can look up to.” 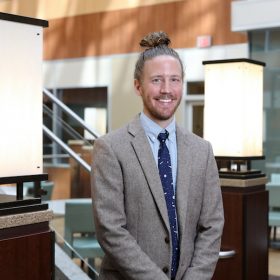