VUMC nurse committees determine the individual recipients. Previous recipients of the DAISY Award are here. The award is open to all licensed nurses and anyone can nominate — including co-workers, patients and their families. Nominations may be made here. 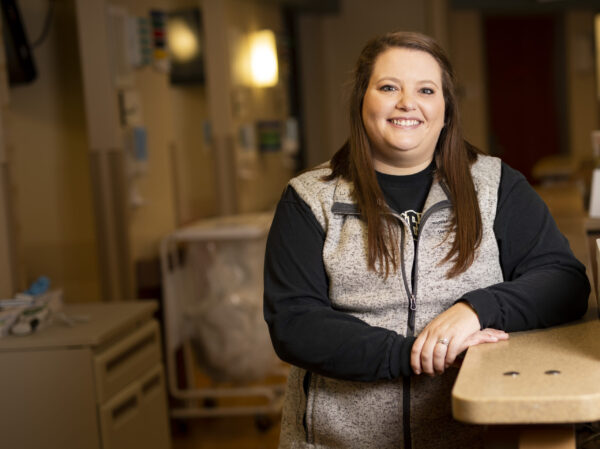 Brittney Baer. From the nomination: “When my stepmom’s non-Hodgkin lymphoma relapsed, she qualified to be a recipient of a CAR-T therapy clinical trial at VICC. Our family met Brittney on the first day as she explained the clinical trial, the impact of CAR-T, and what we could expect as next steps. From Day 1, Brittney was our main contact with the most loving heart and the ability to share complex information that we could all understand. Over the next two years, Brittney provided comfort, explanation, coordination of care with the CAR-T team. Our family is forever grateful for the beautiful comfort and love she shared.” Photo by Susan Urmy 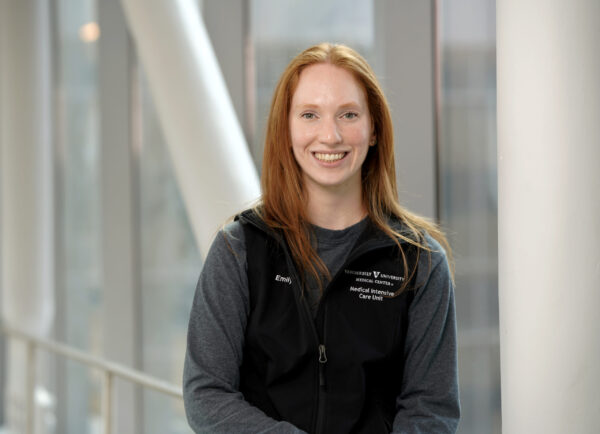 Emily Buckingham. From the nomination: “I met Emily that morning and soon found out that I would be chemically sedated and mechanically ventilated for a period of time. It was a busy shift for Emily. I could see it in her purposeful, focused pace. The stride, the eyes forward, the efficiency and the intensity. I’ve been there, I know that look. Yet, Emily stopped and took time to have some meaningful conversation with me regarding my care over the next 48-72 hours. We even discussed a few specific hand gestures, etc. that we might use to communicate. What she may not have realized, I was looking for hesitation in her voice, a twitch of her eyebrow, or pause in her response that might indicate weakness or uncertainty. What I found was an exceptionally strong, compassionate nurse that left me with no doubt that she could and would be the nurse that I needed her to be at any point during this uncertain time.” Photo by Donn Jones 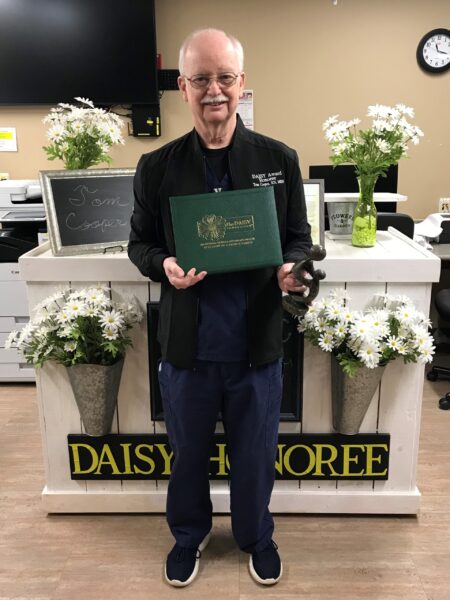 Tom Cooper. From the nomination: “Tom Cooper assisted on a patient who only spoke Spanish, despite not being his primary nurse. This particular patient was indigent and non-English speaking. Tom came repeatedly to comfort the patient and translate for the primary team. The patient had a very serious infection in his foot due to uncontrolled diabetes. At the time of discharge, despite having gotten all of the charity services we could for him, the patient was still left with approximately $200 in out-of-pocket costs for his six weeks of antibiotics. Tom Cooper gave the patient $300 of his own money out of his wallet to help this patient pay for his medications once he left the hospital. This was done without anyone asking him.” 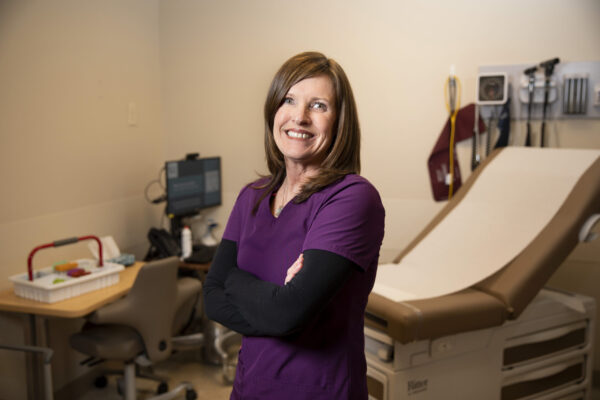 Kimberly Kramer. From the nomination: “I was 37 weeks pregnant and having lots of episodes of sharp pain in my abdomen throughout the day. Kim came in and as usual was very attentive. Towards the end of the non-stress test, my baby had a significant deceleration. Kim jumped into action and got immediate help. Within minutes they had an ambulance there to take me to the hospital. Thankfully I delivered a healthy baby the next day at VUMC. I cannot express how grateful I am.” Photo by Susan Urmy 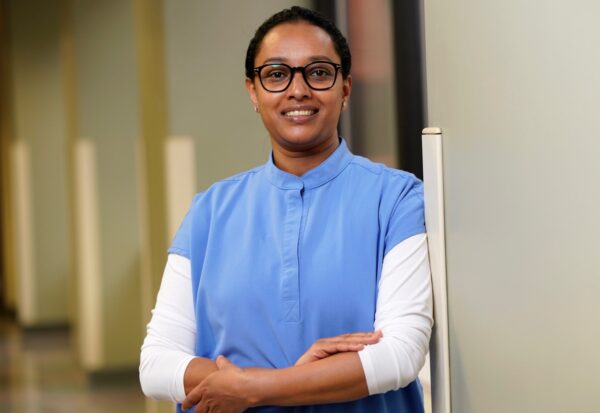 Yamri Woldemariam. From the nomination: “I was in quite a bit of pain from my C-section, and I was worried about my daughter. One of the NICU doctors called to say my daughter was not doing well. I truly thought I was going to lose my daughter that night. I was inconsolably crying, and Yamri was there to help me through the most challenging, terrifying, and heartbreaking night of my life. I wanted to go to the NICU but didn’t know how to get there, as I could not walk that far post-C-section. Yamri said she would take me herself, and she took me as quickly as she could. I had never experienced the compassion that Yamri showed me that night, and I will never forget her kindness. I think of her every day and wish that I could see her again and introduce her to my daughter.” Photo by Donn Jones 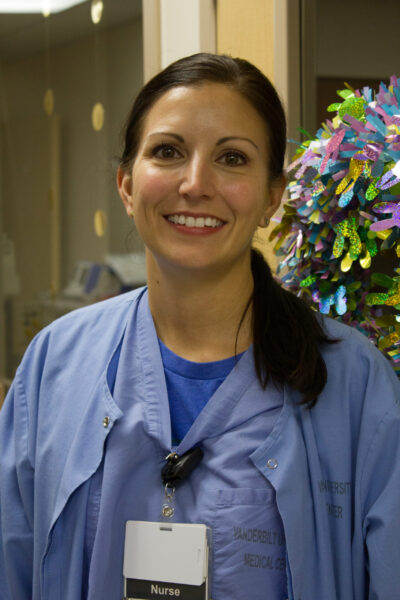 Candace Yoes. From the nomination: “Candace is the most caring and loving nurse. Anybody in the world could ask for her because if you’re not happy or comfortable, she will do anything in the world to make sure that you receive the very best care. Right before I had to have my leg amputated, she talked about her daddy who had to have his leg amputated and encouraged me that everything would be OK. I trust her more than any other nurse. And I am so grateful for the care that she has always given me.” 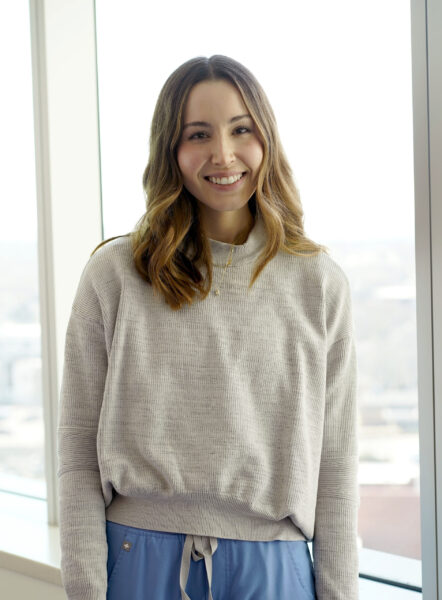 Lauren Smith. From the nomination: “One of our long-term patients became very unstable with sepsis and it was ultimately determined that she would not survive. The parents were really struggling and (understandably) having a hard time determining/understanding what the end of their child’s life might look like and how they would be a part of it. The child’s mother initially did not even want to touch or hold the baby at all. Lauren sat with the mother for hours, listening to her concerns as she expressed her grief, supporting her and gently encouraging her. Ultimately the mother decided to hold the baby before she passed, which was incredibly powerful for the mom. Without Lauren’s patience, guidance, understanding and love for both the patient and their family, that memory would not have been made.” Photo by Donn Jones