Vanderbilt University Medical Center has announced the second quarter of 2021 recipients of the DAISY Award, a recognition for extraordinary nurses who exemplify compassion toward patients and families.

This round of DAISY Awards honors five recipients, including two each from Vanderbilt University Adult Hospital and Vanderbilt Adult Ambulatory Clinics, as well as one from Monroe Carell Jr. Children’s Hospital at Vanderbilt. 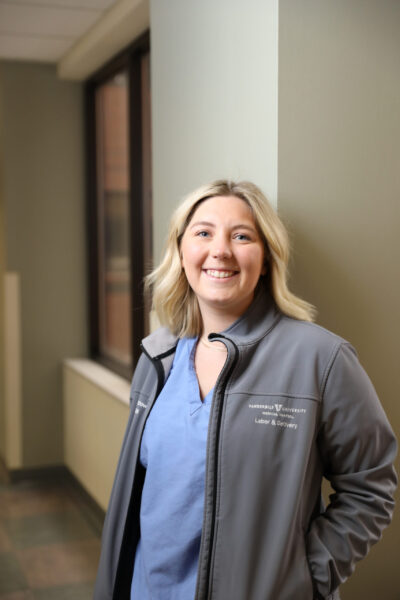 Alex Bristow. From the nomination: “I came to the hospital at 35 weeks pregnant with premature rupture of membranes. Alex Bristow came in and immediately meshed with me and my husband’s unique way of using humor, movie quotes and distraction to cope with anxieties. She was funny when we needed funny, straightforward when we needed education, reassuring when we needed comfort. Alex’s incredible skill and knowledge were matched by her heart and kindness. My husband and I will never forget her and have entered into parenthood on such a fantastic foot because of the care we received from Alex.” Photo by Erin O. Smith 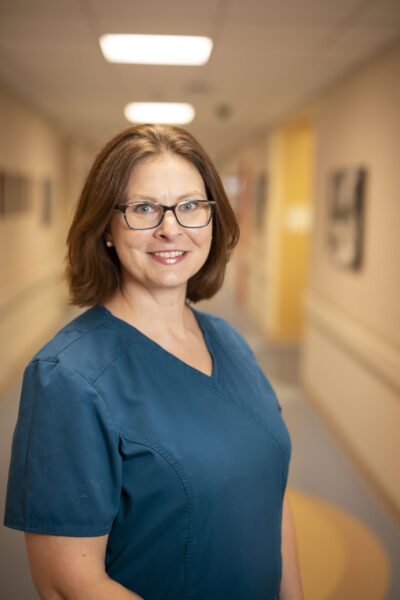 Regina Copeland. From the nomination: “A 24-weeker born at Vanderbilt … had an eight-month stay in the NICU with a host of complications relating to her prematurity ultimately leading to her death. … Regina was the first person to hand this mother her micro-preemie to hold for the very first time; the most cherished moment for a NICU nurse to be a part of, thus creating a lifelong bond with the family. Regina was also the last person to hand this mother her dying child. She was invited into this sacred space and cared for this baby and family until their daughter’s last breath … This is what a Vanderbilt nurse looks like. No parent is every prepared for the loss of their child but for this family, the comfort and care that Regina Copeland provided left them at peace with the loss of their sweet daughter.” Photo by Susan Urmy 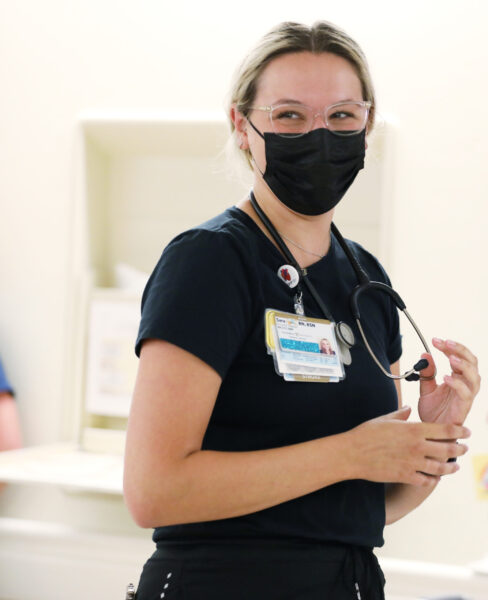 Sara Gray. From the nomination: “Rather than write it off to her being 94 and post-heart attack on Thursday, Sara noticed that my mother seemed out of it, almost unresponsive with all-over body pain. The slightest touch was excruciating. Sara noticed she had not been urinating much and thought maybe she should check with ultrasound and found a huge urine buildup. Notified doc, did a catheter and she had an immediate change in pain level and alertness. … She (Sara) is one in a million and should be recognized as such.” Photo by Erin O. Smith 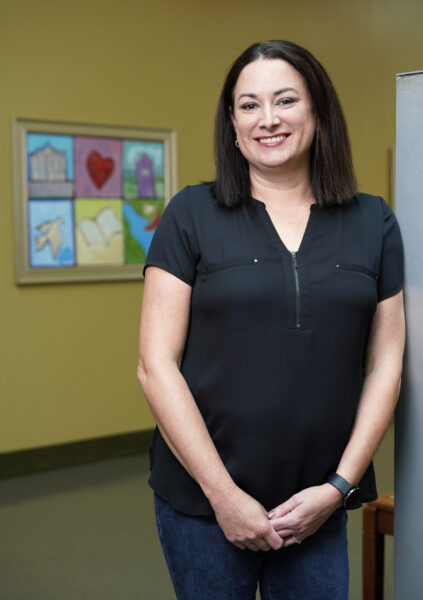 Erin Leap. From the nomination: “Erin was the first infusion nurse I met when I came to the clinic for breast cancer treatment. It was obvious that I was scared and she smiled at me and said, ‘We will get you through this.’ Throughout the past year, Erin has been an advocate for me when I needed help communicating concerns with my doctors, a source of comfort and reassurance when my treatment plan changed and a beacon of hope when I needed peace and reassurance the most.” Photo by Donn Jones 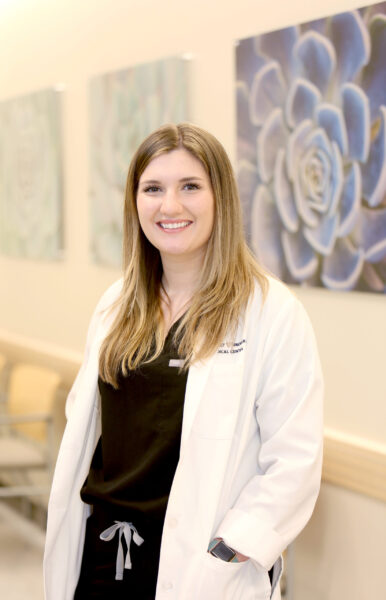 Hannah Ritter Lee.  From the nomination: “At our appointment, I had indicated my strong opposition to pursuing any further testing (biopsy) about my increased PSA levels. But she wouldn’t take no for an answer, and called me a day or two later and persuaded me to have an MRI done. That resulted in clear issues, and I then agreed to the biopsy … Had it not been for her patience with this stubborn patient, I might have neglected this for years, and the situation could have become much worse. She is greatly appreciated.” Photo by Erin O. Smith