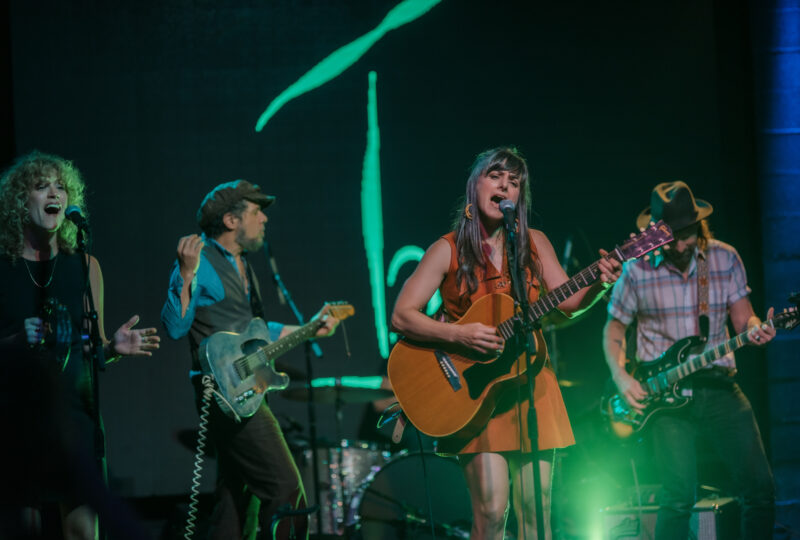 Suzie Brown, center with guitar, performs at the Back Corner in Nashville on Aug. 16, 2019. Other band members, from left to right: Sarah Aili, Scot Sax, and Billy Harvey.

If you’re one of her patients or colleagues, you may know her as Suzanne Brown Sacks, MD, assistant professor of Cardiovascular Medicine, a transplant cardiologist at Vanderbilt Transplant Center.

If you go to one of her concerts, you may know her as Suzie Brown, the East Nashville-based singer/songwriter whose accolades have appeared in People magazine and on “CBS This Morning.”

She is both, in equal measure. For two weeks each month, she meets patients who need a transplant, sees them through their operations and plots their recoveries. And for the other two weeks, she writes songs, plays guitar and collaborates with others in Nashville’s music community to record albums and tour.

Brown’s experience during COVID reminded her of why she became a doctor and a singer/songwriter in the first place. The muse arrived when she was a girl.

It is this dichotomy — this drive to do both jobs and be a wife and a mother of two girls — that has defined her and both roles. Her experiences as a cardiologist during the COVID-19 pandemic became the subject matter for her seventh studio album, “Some See the Flowers,” released earlier this year. Brown will be playing selections from the album on stage at the annual meeting of the Association of American Medical Colleges (AAMC), which will be held in Nashville from Nov. 11 to 15. 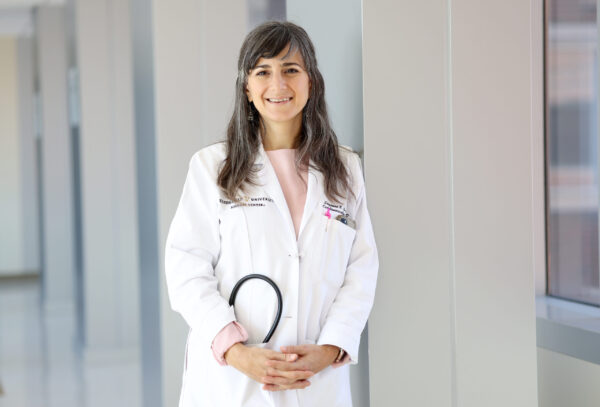 When she’s not performing, she is  Suzanne Brown Sacks, MD. Photo by Donn Jones

She began writing the album in the uncertain early days of the pandemic, when gigs and gatherings were canceled, and her work as a doctor consumed her life. She recalls seeing her patients die of COVID-19, the worry of possibly becoming infected herself and the daily ritual of shedding her dirty scrubs in the laundry room and running into the shower to keep her family safe.

For two weeks each month, it was all COVID all the time, and for the other half, it was being quarantined with her family at home — her musician husband, Scot, and her daughters Josephine, 6 at the time, and Chloe, then 4.

“When everything first started happening, I felt kind of numb and unable to even access how I was feeling,” she said. “But about a month or two in, it started coming out, and in between trying to make up some sort of home-school for my kids, I would sneak into my room and write songs, and the album started pouring out.”

She contacted her good friend and producer, Billy Harvey, to let him know she had an album to record at his home studio about a mile away.

One day,  “I just told my husband, I’m going to Billy’s studio for the next two weeks after dinner,” she said. “That’s just what’s going to happen.”

Sitting 15 feet apart and masked, the two hammered out tracks that, with the miracle of modern technology, she sent to musician friends all over for their contributions. One added on a piano part, another cello and strings. “And eventually I had an album,” she said.

That was in March 2021. Because many musicians were not touring then, she sat on the album for a year, eventually partnering for release on the Nashville label Mule Kick Records in May 2022.

The resulting songs are a tension between longing and bliss, befitting a songwriter who grew up listening to ‘70s singers/songwriters like Carole King and songs like “So Far Away.”

“I probably was 8, but I felt that song,” she said. “I felt that melancholy and sadness. I just felt it. I’ve always just felt my emotions through music.”

Her new album’s title song “Some See the Flowers” is about perspective, like what you see when you look at a graveyard.

Some see the flowers

Some see the graves

Brown based it on her experience caring for patients in the ICU during COVID, when people she cared about died. She thought about which version of her daily experiences she would tell her husband at the end of each day.

“I could sit way up on ‘Martyr Mountain’ and feel so sorry for myself about how hard it is and how hard we work and how early I get up,” she said. “Or I could think about how many opportunities I had that day to help someone and how amazing that is and what a privilege it is to have the job that I have and never have to doubt the meaning of why I go to work or my place in my community.”

Brown’s experience during COVID reminded her of why she became a doctor and a singer/songwriter in the first place. The muse arrived when she was a girl.

“I was good at math and science, and I’m a people person, and the idea of being a doctor just seemed like such a good fit for me,” she said. “But it was just always confusing how and where to fit in music. I ended up joining an a cappella group in college. My confusion only worsened because of how much I love performing. And then I went to Berkeley College of Music for a summer before med school. My confusion worsened even more.”

She didn’t pursue music as a profession until after she received her medical degree from Harvard University. During her subsequent fellowship at the University of Pennsylvania, she was pursuing a master’s degree in translational research. At the time, she had no clinical responsibilities on nights or weekends. She began playing music with a friend, who egged her on to write her own songs instead of only playing others’. She took his advice and started appearing at open mic nights “shaking like a leaf” and, eventually, playing real shows in and around Philadelphia.

She fell in love with Nashville when she accompanied her husband to the city on a songwriting trip and knew she had to move here.

“And so, I finished my fellowship, I got my master’s degree, and then immediately out of training, got a part-time job as a cardiologist and made my first record that next summer,” she said. “And I just never really looked back.”

She worked 60% of her time as a cardiologist in Philadelphia at Einstein Medical Center and 40% was devoted to her musical career. She fell in love with Nashville when she accompanied her husband to the city on a songwriting trip and knew she had to move here.

She cold called the then-director of Vanderbilt’s Division of Cardiovascular Medicine, Doug Sawyer, MD, to ask if he would be interested in a part-time transplant cardiologist. A position wasn’t available at the time, but he encouraged her to apply for a position to come open the following year. She did and began at Vanderbilt in 2014.

“We are all impressed by the balance of Dr. Brown Sacks’ double professional life, and we are fortunate to have her providing outstanding care to our cardiac transplant patients,” said Jane Freedman, MD, director of the Division of Cardiovascular Medicine and physician-in-chief of the Vanderbilt Heart and Vascular Institute (VHVI).

Contrary to the early moments of the pandemic that inspired her new album, she said this moment of the pandemic in 2022 is so much more hopeful. She and her family are vaccinated, her patients are vaccinated, and she doesn’t fear death every day. She’s touring again – though only when her children are on school breaks because they come with her. “Always have, always will,” she said.

“I still wish COVID wasn’t around, but I feel like we’re getting back to a new normal.”