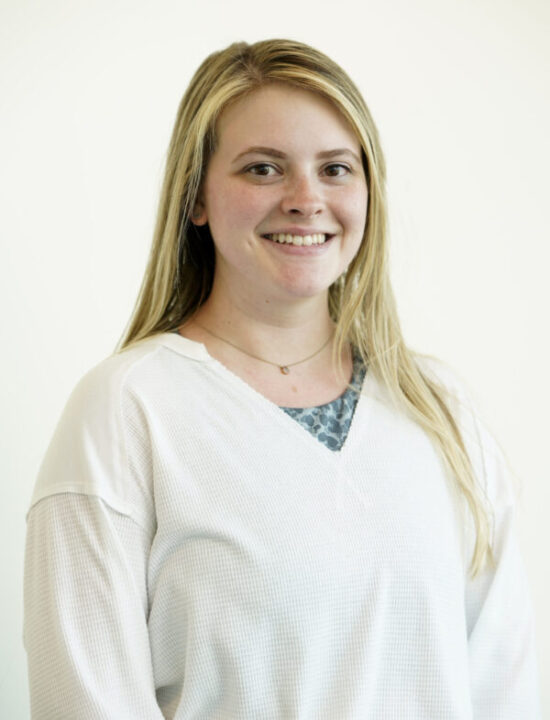 Madelinne Metts. From the nomination: “Our daughter was 1 month old at the time. She was fresh out of open-heart surgery when her BT shunt was blocked by a clot. Madelinne immediately saw the signs and called a code to start CPR and all lifesaving measures. They were able to bring her back and stabilized her. Shortly after that, while my husband and I were in the room, it happened again. Madelinne recognized it even before the machines started alarming. Another code took place, and it took some time to stabilize her again. We were traumatized at what we saw. We were extremely upset and inconsolable for a while. Madelinne was a comfort and light during our darkest moments.” Photo by Donn Jones 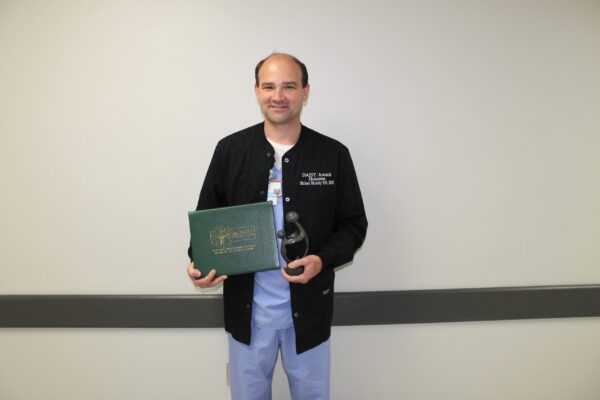 Michael McAnly. From the nomination: “I am sharing an experience related to the care of my 17-year- old daughter. During prep for a CT with IV contrast, the radiology tech was able to place the IV initially but ended unsuccessfully when my daughter’s vein gave in. Pain and fear took over causing her to attempt to climb off the CT table while crying and begging to stop the procedure. Considering her frantic state, the radiology tech felt it was better to request that the radiology nurse, Michael, make the second attempt in the other arm. Michael arrived approximately seven minutes after being called, and I noticed immediately that he was in street clothes rather than scrubs. Completely peppered with wet spots from the rain. Michael explained that we caught him just in time as he was still at Kroger next door picking up his groceries and hadn’t begun making his way home. Even though his shift had already ended, and he had already left the hospital, Michael selflessly, and without a moment’s hesitation, returned to the Radiology department to care for a patient in need.” 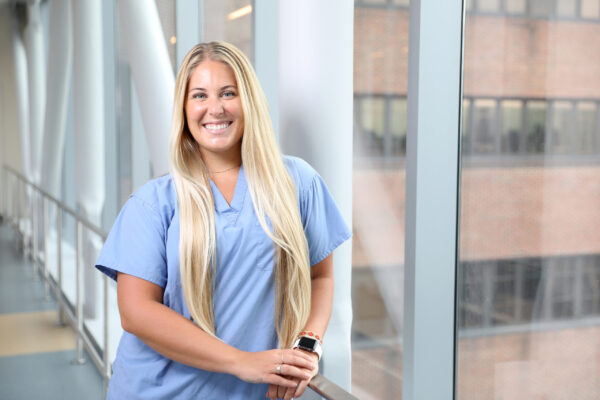 Payton Perry. From the nomination: “My wife was having a rough day. She started having a miscarriage at 12:30 a.m. (initial presentation was heavy bleeding and abdominal cramps). By 6 a.m. we were in the Vandy ER. … Payton was kind, patient, understanding, and above all she made my wife and I feel like we were her only patients. Every time we needed anything, Payton was there within a few moments of our call. If Payton said she would be back in 20 minutes, she was back in 20 minutes. If Payton said she would do something, she never once forgot. When my wife was writhing in pain from the cramps, Payton was there with pain medication immediately. When my wife was crying about the loss of our little girl, Payton was helping console her right along with me in a way that not only didn’t feel intrusive or forced but felt holistic and like she was family. Payton worked tirelessly and compassionately till we left Vandy.” Photo by Erin O. Smith 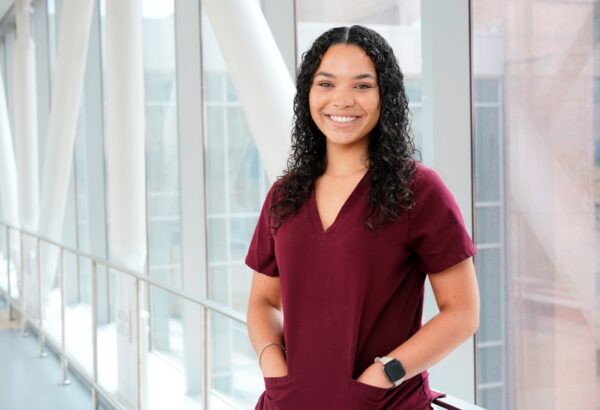 Jayla Romain. From the nomination: “I recently had lung surgery to remove a tumor. After the surgery I was taken to the ninth floor at VUMC. This is where I had several angels in nurses’ uniforms taking care of me. My first encounter with the nurses was Jayla. I was scared and hurting from the surgery and Jayla helped put all those fears behind me. She was very attentive and understanding. She had a very soothing and caring compassion about her, never acted like it was her job that she had to do what she was doing. You could tell she LOVED taking care of people. I am forever grateful she was taking care of me. She listened to my concerns and treated me like family. Jayla is one of the true heroes putting themselves on the line each day to make sure the patients get the best possible care they can and begin the road to healing.” Photo by Donn Jones