“We’re a better team because of this, and I’m thankful for each of them.” 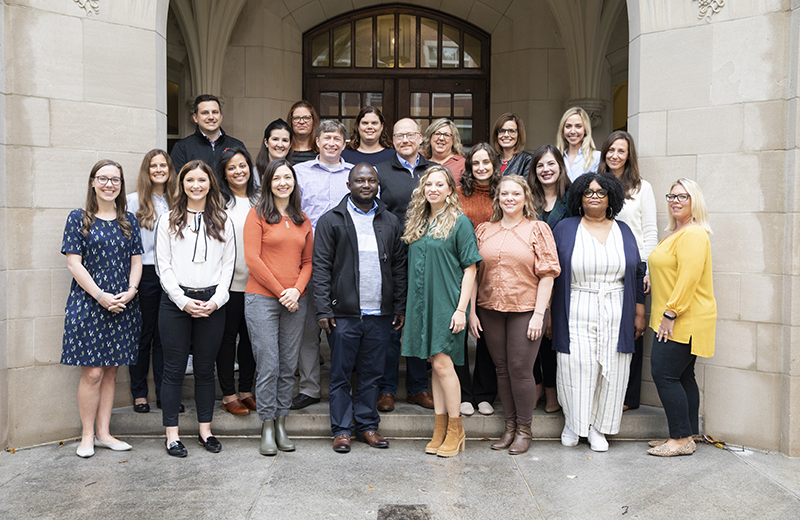 Buddy Creech, MD, MPH, director of the Vanderbilt Vaccine Research Program (VVRP), recalls the first of a long string of surreal moments that began in January 2020.

During the annual meeting of the nation’s Vaccine and Treatment Evaluation Units (VTEUs), Creech listened as National Institute of Allergy and Infectious Diseases (NIAID) Director Anthony Fauci, MD, told everyone to prepare for a likely pandemic. The VTEUs — one of 10 in the United States is led by Creech at Vanderbilt University Medical Center (VUMC) — were established by NIAID in 1962 to conduct clinical trials of new vaccines and treatments for infectious diseases.

In February 2020, Creech took a conference call in a hotel lobby during his final pre-pandemic business trip. Researchers from five countries were connected to write the protocol for a randomized, placebo-controlled trial of remdesivir in adults hospitalized with COVID-19. (In October 2020 remdesivir would become the first drug to treat the virus approved by the U.S. Food and Drug Administration.)

On March 11, 2020, the World Health Organization (WHO) declared COVID-19 a pandemic. Creech, ironically one of the first Tennesseans to catch the disease, made phone calls from his back patio during his isolation and recovery to consent individuals for VUMC’s remdesivir study.

“I was continuously coughing as I slowly recovered from COVID; they were coughing because they were sick in the hospital with it,” he said. “Those calls took forever because none of us could get our breath. But I was also able to tell them, ‘I’ve come through to the other side, and we will do all we can to help you through this illness, too.’”

Creech’s team was on the ground, suited up in PPE in VUMC’s COVID Unit, running the remdesivir trial during days when little was known for certain about the virus.

“I remember one of our nurses talking about how when she got home it broke her heart because she didn’t want her young child to hug her until she’d had a shower,” Creech said. “We didn’t know how bad it was going to be. We didn’t know what the different surges would look like. It was a wild time.

“Then, in the summer of 2020, we switched over to coordinating vaccine studies. Much of our staff had done these types of studies before, but we had to ramp up our team. We now have a phenomenal team of nurses, research coordinators and support personnel who have been able to do Herculean-style studies over the past few years.”

The Vanderbilt Vaccine Research Program played a pivotal role in the pandemic’s response, leading six national/international clinical trials of therapeutics or vaccines targeting COVID-19. Because of their efforts, the group was honored with an Elevate Team Award during VUMC’s February virtual Leadership Assembly.

Their work — which won’t be over until the last multiyear vaccine study is complete — has been exhausting, but the rewards have also been many, Creech said. Being among the first in the world to know evidence they helped gather was proving something worked was a rarified feeling, he explained. And being able to actively contribute to combating the pandemic was gratifying.

One of the most stirring rewards for team members occurred when vaccine trial participants — who either received the vaccine or a placebo during July, August or September 2020 — were unblinded, and many, especially those in high-risk categories, were overjoyed to learn they had received the vaccine and already had immunity.

And long after COVID-19 is a distant memory, the bond that has been forged between the team’s members will persist.

“There’s something about having a band of brothers, where you’re all focused on the same thing, and your noses are all pointed in the same direction,” Creech said. “We’re a better team because of this, and I’m thankful for each of them.”