Kendra's experince helped her daughter Carissa: "I was able to explain to her from a first-hand view what it was like, not as a nurse, but as someone who went through it." 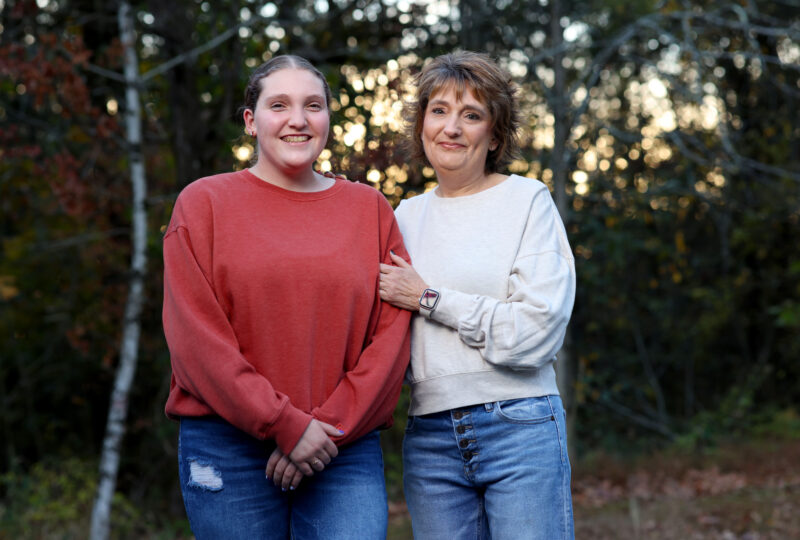 Carissa and Kendra shared a genetic disorder that can affect the liver, and each received a liver transplant as a teenager. Photo by Donn Jones

Both life-saving procedures were done as a treatment for Alagille syndrome, a genetic disorder that can affect the liver, heart and other parts of the body.

Kendra, a nursing clinical lead for Vanderbilt Home Care, has always wanted to be a nurse. Her daughter, who once was interested in the veterinary field, is now on track for a nursing career as well.

As Kendra reflects on the similarities of her and her daughter’s lives, she is thankful that her own experience, coupled with her medical background, has proven beneficial for her daughter.

“I know my background as a nurse and as a liver transplant recipient helped me along this journey with my daughter.”

“When she was having a procedure that I had when I was younger, I was able to explain to her from a first-hand view what it was like, not as a nurse, but as someone who went through it.

“Knowing things helped me better explain things to Carissa. And if I didn’t know, I would tell her that too.”

Despite her own diagnosis, it took Kendra a bit to put two and two together as she took Carissa to the pediatrician for well-baby checks and noticed that her daughter was slightly jaundiced.

At 2 months old, Carissa was admitted to Monroe Carell Jr. Children’s Hospital at Vanderbilt for elevated bilirubin levels and a liver biopsy, which confirmed that Carissa had the same Alagille syndrome as her mom. 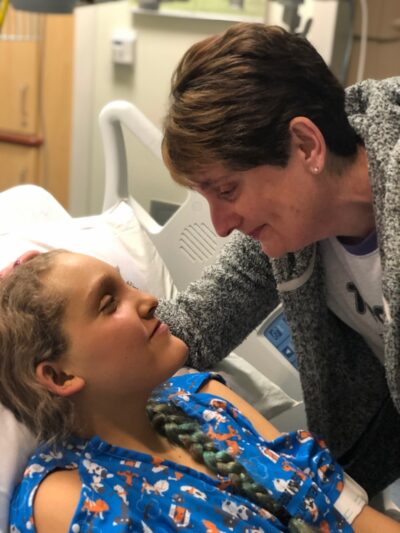 Kendra visited Carissa in the hospital when Carissa received a liver transplant in 2020.

Over the years her condition worsened, and Carissa was placed on the liver transplant list in 2019. She received her liver in 2020, but her recovery was not easy. She first had Epstein-Barr virus and after that post-transplant lymphoproliferative disorder (PTLD), a form of cancer.

The virus led to a tonsillectomy; the PTLD required six rounds of chemotherapy.

Kendra was able to oversee Carissa’s recovery, and in January 2021, Carissa was able to return to school in person.

But more problems loomed, from an unexpected source: cows.

Carissa, a junior at Watertown High School, was taking a class in Agriscience, and she and a friend fed some calves. A week after being around the cows, Carissa became very ill with cryptosporidium, a parasite that comes from cows.

“From February to September [2021] she was in and out of the hospital,” recalled Kendra. “I don’t think we went 10 days not being in the hospital. Crypto was like the person who visits you and stays way too long.

“I know my background as a nurse and as a liver transplant recipient helped me along this journey with my daughter.”

Being sick and having transplants is not the way anyone would choose to gain life experience, but Kendra can see some good has come from the difficulties.

“I already know she is going to be an independent woman.  I just want her to be what she wants to be in life, no matter what.”

“I felt like this entire experience taught us both resilience, that we can do anything that we have to,” she said. “We are extremely close. Carissa knew that I knew what she was going through. We are so connected. We fight together and move through things together.”

This was an important element since the death of Kendra’s husband, and Carissa’s father, in 2018 from a car accident.

“I tell her to always keep things moving, strive for what she wants and live life,” said Kendra. “I hope that she can learn to use her struggles and life experiences to help others throughout her life.

“I already know she is going to be an independent woman.  I just want her to be what she wants to be in life, no matter what.”

Carissa is at the age when she is considering a future career, and she, to her mom’s delight, is considering nursing — specifically becoming a GI nurse, which would allow her to care for patients with liver disease.

“She just has a nurse’s brain. She gets it,” Kendra said. “And she has the heart of a nurse for sure.”