“It’s been a blessing to be such a small part of something so big, in the lives of these kids and their families." 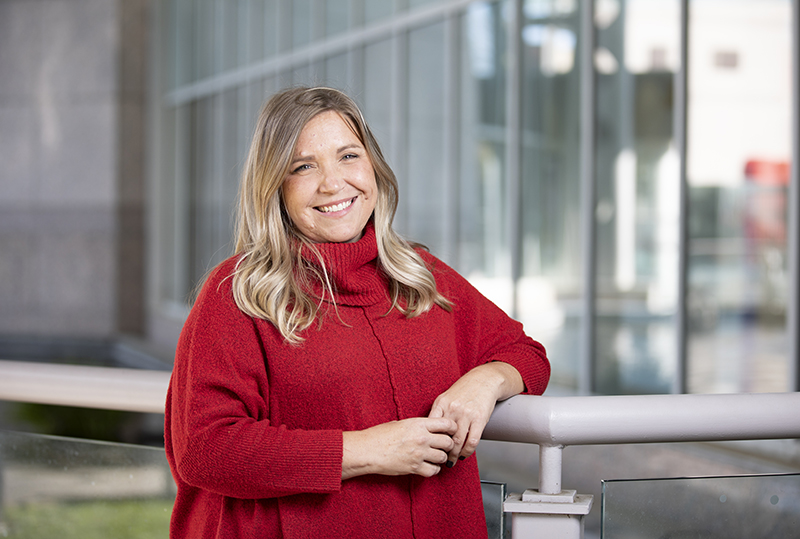 When parents receive a call from Monroe Carell Jr. Children’s Hospital at Vanderbilt to schedule their child’s heart surgery, their first contact is normally the kind and reassuring voice of Alicia Kepley, a surgery scheduling specialist for the Department of Pediatric Cardiac Surgery.

One of the first things she tells them, to manage expectations, is that the time and date of surgery are tentative. In fact, she says, up until the child is in the operating room, the surgery could be bumped due to an emergency.

For her kindness and her thoroughness in the often complicated and sometimes stressful scheduling process, Kepley received a Credo Award at the November 2022 virtual Leadership Assembly.

“Parents react in a variety of ways when they are told that their child’s operation must be rescheduled,” one nominator wrote. “Alicia walks them through the process…professionally and efficiently while making the family aware they are her highest priority.”

And when a parent is upset about rescheduling, “She continually asks of her team, ‘is there anything I could have done differently that would have improved the situation,’ because she is driven to perform her role to her fullest capacity,” the nomination continued.

A recent adult patient had to be rescheduled because of a medication issue. His family had traveled to Nashville to support him, and they were initially upset at the inconvenience. “Alicia worked with the nurse practitioner and the surgeon to reschedule this patient for just a few days later so his family did not have to change their travel plans…She takes the time to notify all the appropriate parties of such schedule changes so the multidisciplinary team can come together and provide the care these patients need,” the nominator wrote.

Kepley spends hours talking to families, sending them information electronically and through the mail and answering many questions. “This sets us up for success because she has already built rapport with each family before they even come to their first appointment,” the nomination read.

Part of the Pediatric Cardiac Surgery team since January 2021, Kepley was born, raised and continues to live in Portland, Tennessee, with her 12-year-old son, Hollis. Prior to working at Monroe Carell, she was the main surgery scheduler for a team of 10 retina surgeons.

“God literally opened this door for me,” she said. “It’s been a blessing to be such a small part of something so big, in the lives of these kids and their families. I love every aspect of this role, and I feel completely honored to receive this award,” she said.

Kepley said when she calls a family to tell them a surgery must be rescheduled, she starts the conversation by saying, “I hate making this phone call,” then tries to reschedule the surgery to a day close to the original date so pre-op testing won’t need to be repeated. “I tell them I know it’s hard, and I don’t like making these phone calls myself, but I do want them to know we’re trying to make this as easy as possible.”

“I love meeting families. It makes it more personal, and I want them to know I’m here for them, both before the surgery and afterward,” she said.

She also enjoys meeting referring physicians she has talked to on the phone along with their staffs.

Once, while on vacation in Knoxville for her son’s baseball tournament, she let a group of referring physicians know she was going to be in town, and she swung by their offices to meet a few of them. “This solidifies our referral base, and strengthens our program,” a nominator wrote.

“I loved meeting them. It was really awesome,” she said. “I talk with them so much, and I know they trust me. I want to build a good relationship with them because they’re sending their babies to us.”