“I think my favorite part of my job is trying to make this as good of an experience for the patient as possible." 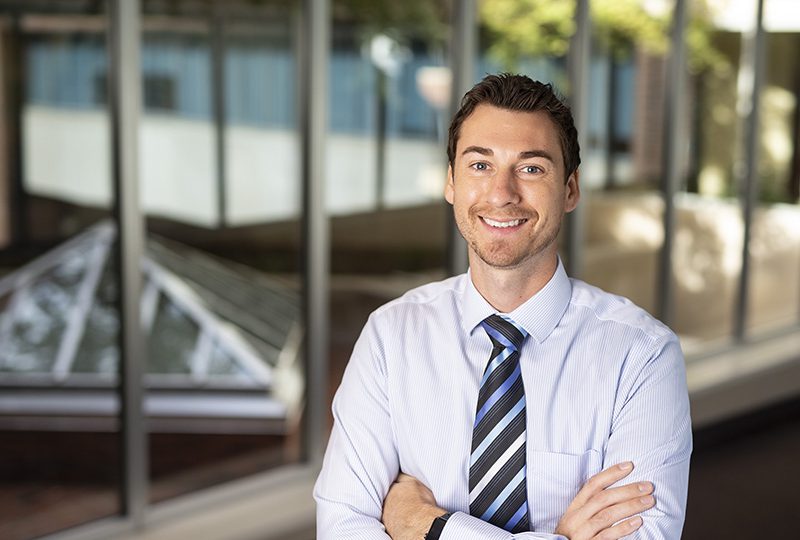 With previous jobs in dairy farming, home construction and ditch-digging, Joel Doren, administrative manager in the Division of Gastroenterology, Hepatology and Nutrition, is used to wearing many hats.

So when the time came for Vanderbilt University Medical Center to switch its electronic medical record (EMR) to eStar — a process that affected more than 18,000 employees — Doren was up for the challenge, taking on many duties beyond his job description, including offering help with technology, creating tip sheets for users across the 13 clinics he oversaw and streamlining processes, all in the midst of planning his own wedding.

“I think my favorite part of my job is trying to make this as good of an experience for the patient as possible, from the time the patient calls, to when they show up to the clinic, to when they go back and see the provider — the whole circle.”

Doren’s commitment to his team and patient care was recognized with a Credo Award at VUMC’s quarterly Leadership Assembly on Nov. 7.

“In a time where uncertainty was standard, Joel was a shining example of where we were headed,” his nominator wrote. “While many waited for information and direction, Joel evaluated what needed to be done and then got to work doing it.”

On the day of the transition to the new system, the Gastroenterology team faced critical template conversion and scheduling issues that resulted in a complete shutdown of its patient call center, which is responsible for fielding roughly 500 calls per day. According to his nominators, instead of allowing the issues to be someone else’s problem, Doren got to work gathering information and using it to make quick reference guides and scheduling protocols for his team so it could quickly get caught up when the technical issues were resolved.

“As a result of his ability to communicate effectively and his sense of ownership, his team was able to field approximately 1,500 patient calls per day while maintaining up-to-date processing of clinical work queues and messaging pools,” the nomination letter continued.

Of course, this work wasn’t restricted to a typical 9-to-5 work schedule. In the weeks leading up to the transition, Doren arrived early and frequently stayed past 9 p.m. — and once as late as 2 a.m. — to make sure his team members had the information they needed to effectively perform their job.

“During the ‘Go Live’ week, Joel had one day when he had the opportunity to leave before 10 p.m. While he was walking out the door, he noticed that one of his team members’ car would not start. Again, Joel rolled up his sleeves and got to work,” his nominator wrote.

“He tried jumping the battery, which didn’t work. He then spent hours rigging a wrench so he could dig into the problem and help her. He was onsite an additional three hours past when he would have gone home. This is representative of his consistent and regular commitment to colleagues and service to others.”

According to Doren, putting in the extra effort is easy when you have a job and team you love.

“I think my favorite part of my job is trying to make this as good of an experience for the patient as possible, from the time the patient calls, to when they show up to the clinic, to when they go back and see the provider — the whole circle. I just want it to be the best possible experience, and I like to see my team get excited about what they’re doing and how it impacts the patient and Vanderbilt as a whole,” said Doren. “Whether that comes with streamlining processes or working with the people on my team, the providers and our leadership, I really enjoy coming to work.” 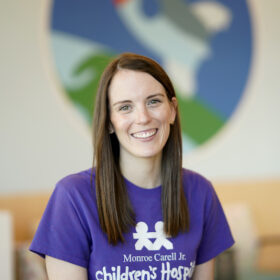 Grace Cronin, known as “Miss Grace,” by patients and families, just earned a Credo Award for her ability to ease concerns and willingness to help out wherever possible. 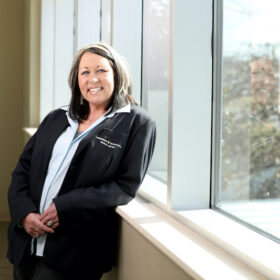 Driven by passion and persistence, Kim Arnold goes above and beyond to help patients 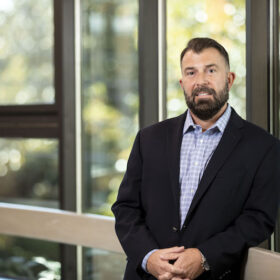 In his first six months at Vanderbilt’s Dayani Center, Eric Jarvis maneuvered a car crash, a tornado and a pandemic.